After the legalization of recreational marijuana use in Colorado in 2012, it has been a much more frequent news topic than before - even from a data analysis perspective...

I was recently looking for 'interesting' data to analyze with SAS, and I noticed some articles about the increasing potency of marijuana in recent years. I followed the data 'upstream' and found an interesting report from the Drug Enforcement Administration (DEA). And on p. 27 they showed the following graph: 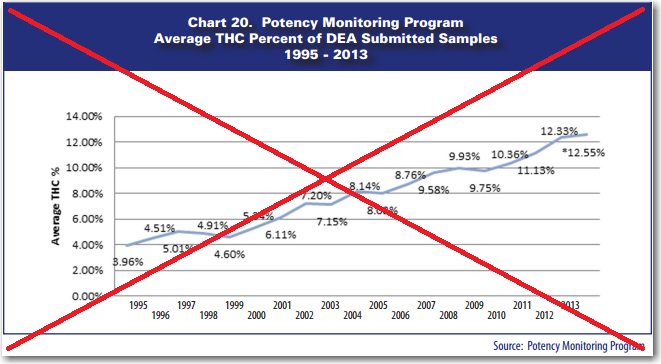 Their graph tells an interesting story about how the amount of THC in marijuana has more than doubled in recent years. But the graph is somewhat painful to look at, and difficult to read. Here are a few of the problems that jump out at me:

Well, of course it might be considered rude to point out flaws in a graph, without going to the effort to produce an improved version ... So here's my SAS version! I think it's a lot cleaner, and easier to read. 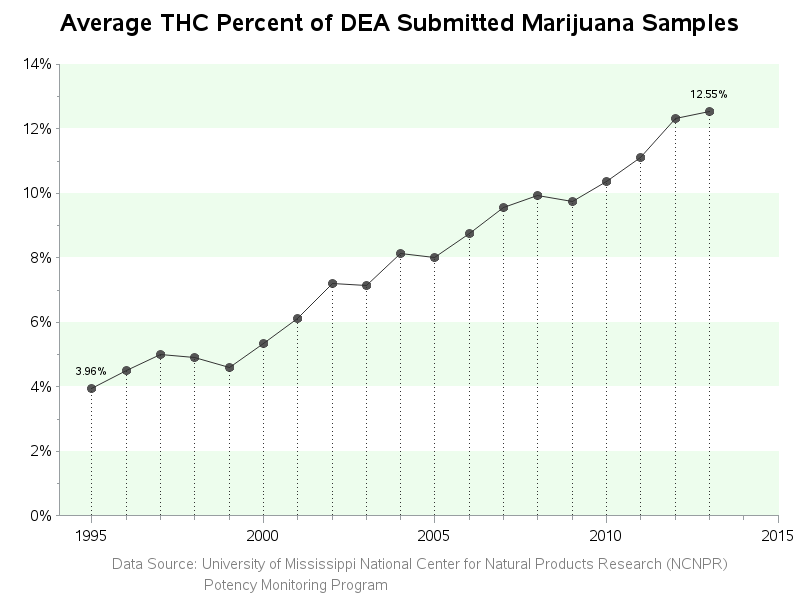 Which of my changes do you like, and which do you not like? What other changes would you recommend?