Is the type of car you drive more likely, or less likely, to get a speeding ticket? Let's analyze some data to find out!

Do red cars attract more attention from the police, and get more tickets? How about cars with a 'racing stripe'? Or cars with a big chromed motor, a blower, and side pipes (such as the one in the picture below that I took at a local car show)?  Zoom, zoom! 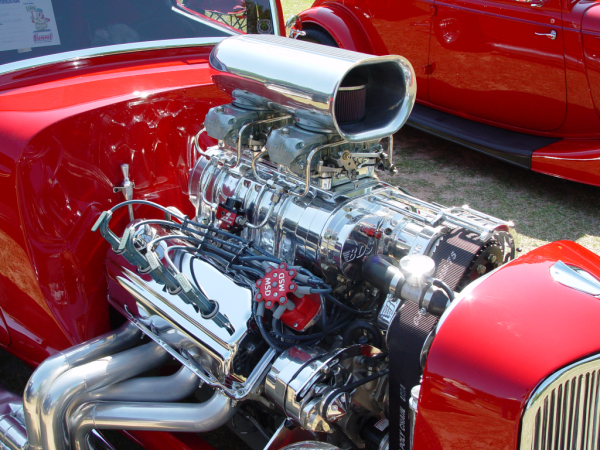 Of course, cars don't get speeding tickets - people do. But perhaps people who drive fast (and get lots of tickets) tend to drive certain types of cars? A recent CNN article used data for people who had gotten a quote from insurance.com, and listed the Top 20 cars where the highest percentage of people wanting to insure that car had a recent ticket.

I would imagine the insurance quote data is a little biased. For example, the people looking for an insurance quote might be more likely to have tickets than the general population (that might be why they're looking). But nonetheless, the data is 'interesting' so let's go with it!

The CNN article showed each of the top 20 cars on a separate page, which made it time-consuming to see all 20, and also made it difficult to compare them. Therefore I created a simple SAS bar chart to overcome those problems: 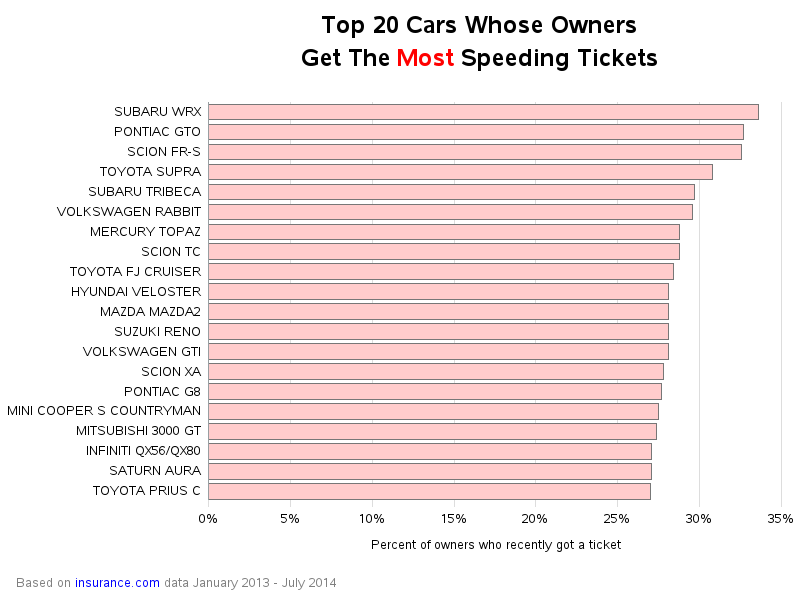 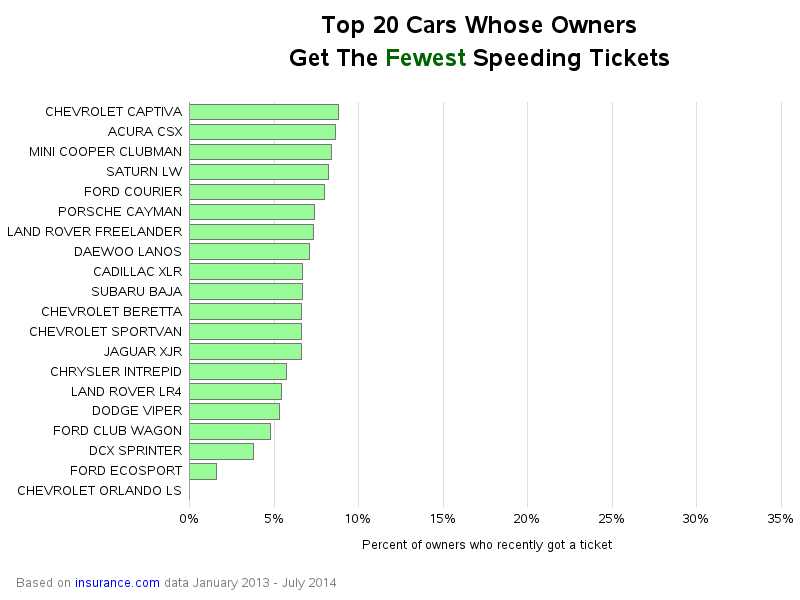 Of course, while I was scraping around to find the data for the above charts, I also got the data for all the cars in between (over 500 different models in all). And with all that data, I had to try to visualize it all at once! I created a scatter plot, with the data grouped by make along the vertical axis (similar to the bar chart layout), and sorted the makes by their average number of tickets. 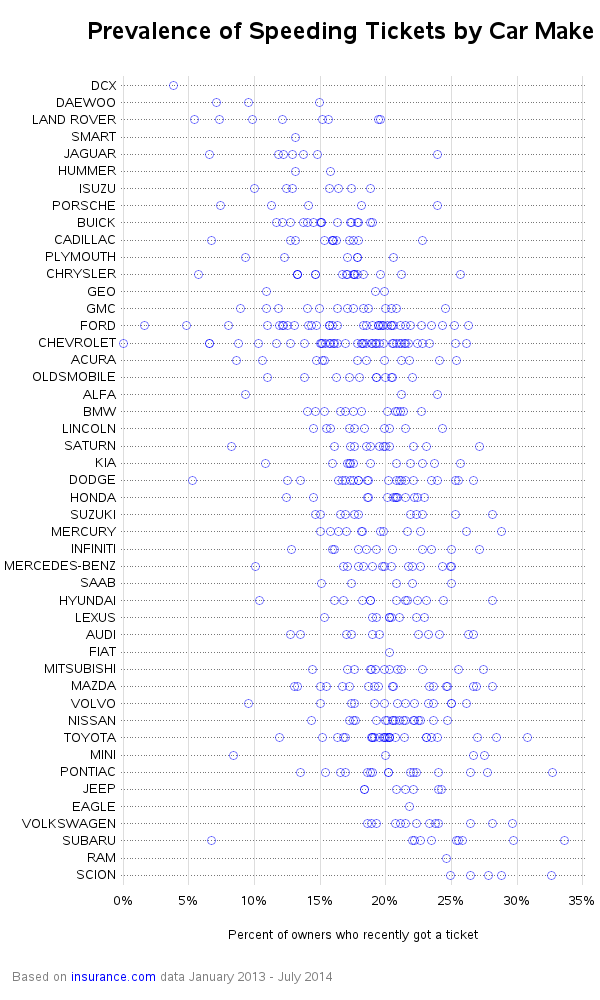 You can click any of the graphs above to see the interactive version, with html hover-text, and drilldowns that do a Google search for images of that vehicle!

Did any of the cars in the best and worst 20 surprise you? Do you own one of those cars, and can you confirm whether or not you have speeding ticket(s)? What other factors do you think influence your probability of getting a speeding ticket? Do you have any 'tricks' for not getting speeding tickets, that you'd like to share?