I don't have any pictures of earthquake damage, but here's one I took of the main house/prop from the Snow Camp Outdoor Theatre here in North Carolina - I imagine this might be what a lot of rural houses could look like after a strong earthquake! 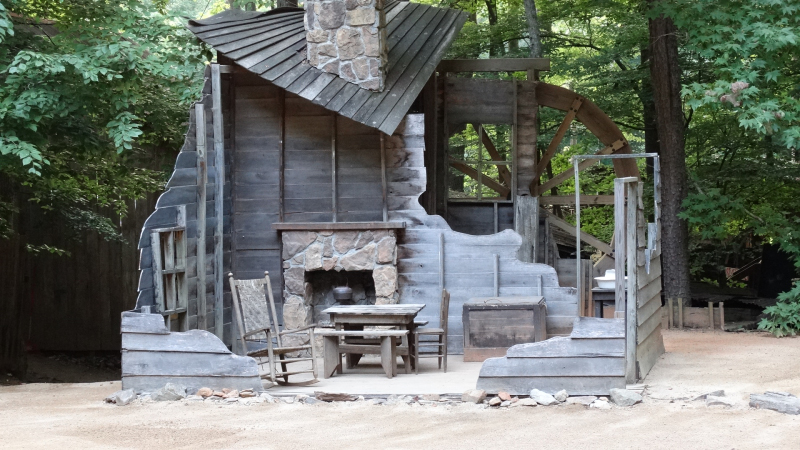 As usual, the example in this blog post starts with a quest for data - earthquake data, to be specific. Luckily the NOAA's National Geophysical Data Center maintains quite an extensive database of earthquakes around the world. It not only lists the current ones, but even contains estimated data for earthquakes going back several thousand years.

I downloaded the entire database, saved it in a tab-delimited file, and then imported it into SAS using the following code:

I then annotated markers onto a map at the lat/long locations where earthquakes have occurred, and used the size and color of the markers to represent the magnitude of the earthquakes. Here's the map for all earthquakes since 1975 (click the map to see it in full size): 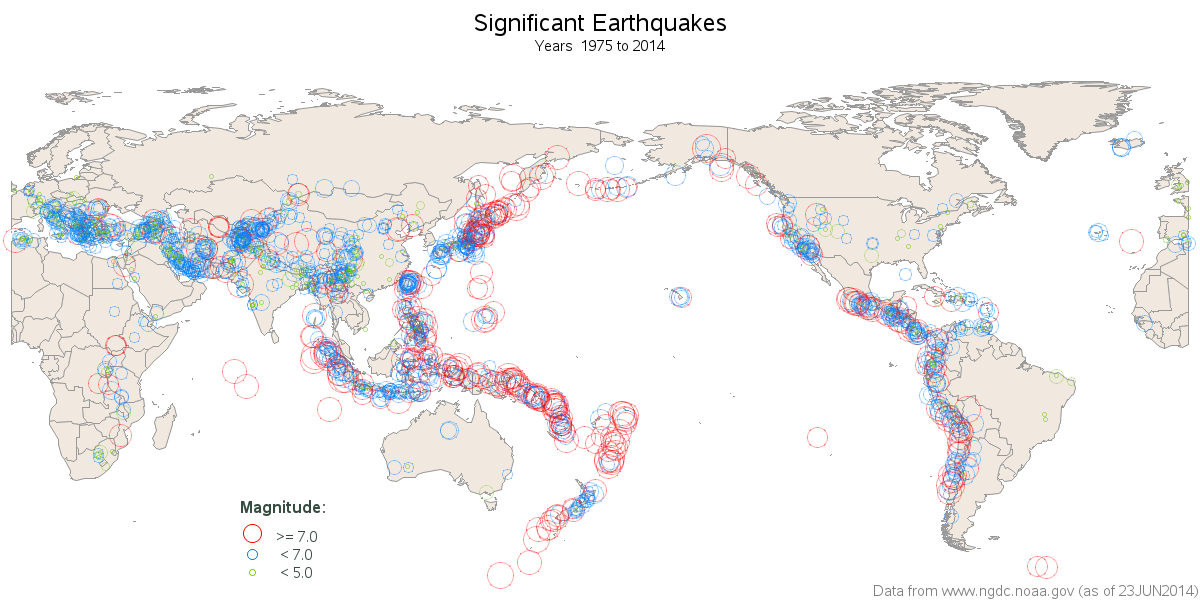 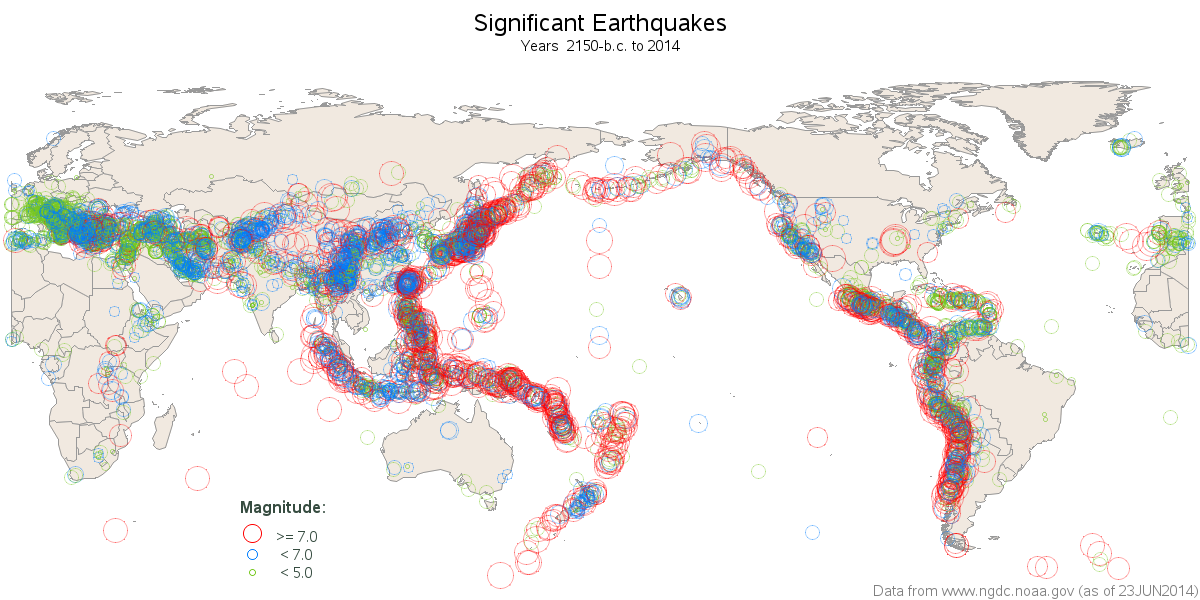 So, based strictly on a visual analysis, you can look at this map, and quickly tell where earthquakes are most likely to occur.

And here's one of my own earthquake theories ... in 2008 China filled the reservoir for the huge Three Gorges Dam. I notice in 2008 there were also a lot of small earthquakes in that area of China (see all the overlapping blue circles in the map below). I think the weight of all that water caused some of the land to 'settle', setting off a few small earthquake tremors. Does anyone know whether or not my dam theory holds water? ;) 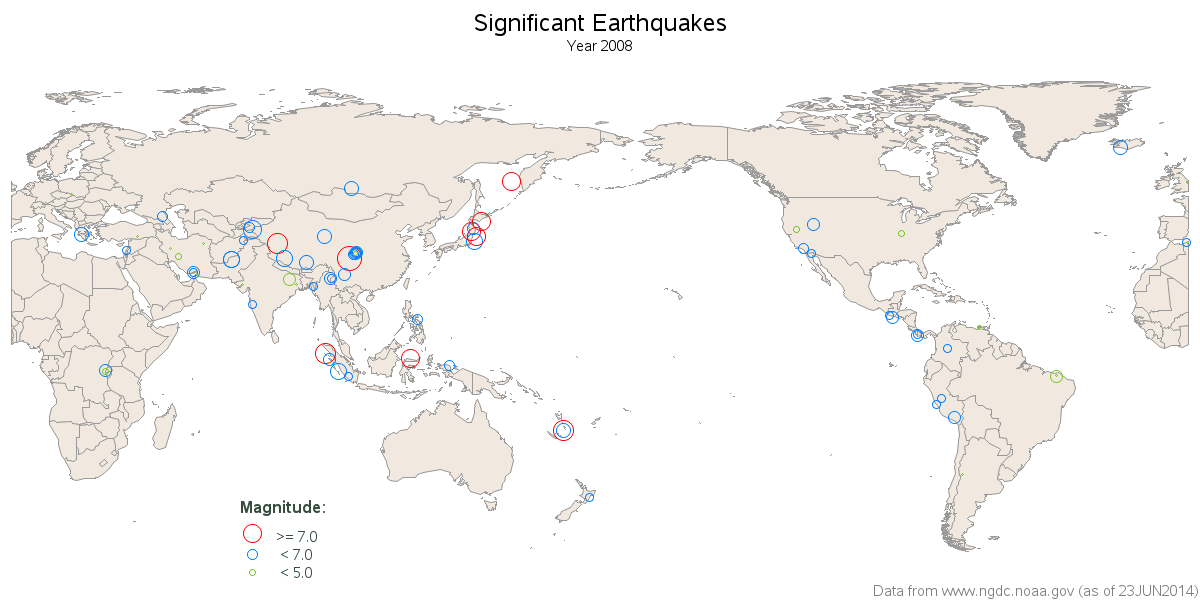 Now it's your turn - what theories do you have about predicting earthquakes? Feel free to share your theory in a comment!