Even though I’ve worked as software technology marketer over the years, I have to admit that on a personal level I’ve probably related more to TV programming than software programming.  When it comes to writing, I’ve always gravitated more toward crafting marketing communications than code.  And when it comes to learning new languages, la langue de la France has always been my favorite.  In reality, I’ve always been a bit intimidated by the programming field, so I’ve shied away.

But, recently, things have changed.  Over the past few years, while working in the SAS Education division, I’ve had the opportunity to get close to the SAS programming language.  I’ve taken the SAS® Enterprise Guide® 1: Querying and Reporting course and often use the tool to interact with SAS programs that others have written.  I’m also fortunate to work in a marketing organization that uses SAS marketing automation software, so I’ve been exposed to that application of SAS.  But last week, I found myself closer to SAS programming than ever when I was able to squeeze into a seat in the SAS Programming 1: Essentials training course, taught by “SAS Jedi” and instructor Mark Jordan.  And, guess what?  I thoroughly enjoyed the class, and I’m no longer intimidated by the idea of programming.

Over the three-day course, Mark gave all of us students a great introduction to the SAS programming language.  He explained the basic steps that comprise SAS programs, the different components of a SAS dataset and how the SAS software system processes data.  We also learned how to write SAS programs to import SAS datasets and raw data into SAS, to create SAS datasets, to manipulate data in SAS as well as to export data as formatted reports into external locations, including applications like Microsoft Excel.  One aspect of class that I loved was the fact that I was able to leverage my previous SAS Enterprise Guide experience and use its programming interface to write code during the exercise portions of class.

I also really enjoyed learning how to write code to perform the same tasks that I have let wizards complete for me “behind the scenes” when I’ve used SAS Enterprise Guide in the past.  For example, even though I already knew how to use the Sort Task wizard in SAS Enterprise Guide to sort data within a SAS dataset, it was great to learn how to write code that would allow me to accomplish the same task.  During class, we used a mock data library named, “Orion,” and a mock SAS dataset named, “Sales,” which included a Salary variable, and wrote this code including the PROC SORT procedure to sort the mock dataset by Salary:

What about you?  Do you want to learn how to program in SAS?  If so, take it from me, SAS programming is fun.  There’s no reason to be intimidated.  Don’t write (pun intended) it off, but give it a try.  Like me, you may find that you have what it takes to become a SAS programmer after all.  You can start by checking out our introductory training courses. 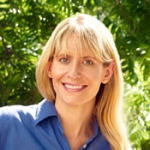 Ruth Dobson-Torres joined SAS in 2008. Ruth’s current focus is on helping users get the most out of SAS software by raising awareness of the wealth of SAS support resources available to them for success. A native North Carolinian, Ruth holds a BA in Journalism and Mass Communication from the University of North Carolina at Chapel Hill and has 25 years of marketing experience in the technology and life sciences arenas.