I checked our SAS Publishing Twitter account the other day, and was surprised to see that SAS Press contracted author Sy Troung had posted videos of attendees and SAS representatives from the Western Users of SAS Software (WUSS) conference held in San Jose on September 1-3, 2009. What a cool idea! So I contacted Sy and asked him about what inspired him and what challenges he faced. Here is his reply:

“New media has made it possible for a nonprofessional like me to become a reporter. I decided to experiment at WUSS in San Jose. I took my Canon Elph, which is normally used for taking still photographs, but switched on its video mode. The camera is so small that those whom I interviewed barely noticed it was there. I then talked to the attendees at the conference about their areas of expertise, which is similar to what I used to do when I blogged in the “traditional” way. I would write up the blog based on the interviews I’d conducted. In this experiment, however, upon completion of the interview, I uploaded the videos directly to YouTube.com and voila! There it was. I did not need to edit it at all.

I soon realized that because I was holding the camera in my hand and not using a tripod and because I was looking at the person to whom I was speaking with, the composition is not optimal, but this adds to the whole amateur video blogging experience. This experiment of one man reporting on the fly was interesting! I hope to do it again at future conferences.”

Please check out one of Sy’s videos below. See the rest at our Facebook page. 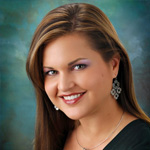