5 tricks from a mentalist that work in life and business

Did you know some scientists theorize that lions and tigers can hypnotize their prey using infrasound in their growl? You don’t hear it, but you feel it in your gut.

That is exactly the level of intensity you feel coming off Oz Perlman in waves if you catch a show or a television appearance of his, especially if you’re selected as an audience volunteer.

Unlike with the big cats, though, the awe you experience with Oz (pronounced like “owes”) is followed by delight, not death. But Oz is not a hypnotist; rather, he’s a mentalist that mesmerizes audiences with mind feats that make your brain itch to know how he accomplishes them.

And Oz brings that level of intensity to everything he does. You have seen him on morning shows, as a finalist on America’s Got Talent or in live performances worldwide. But many people don’t know that mentalism is not his only talent.

He is a top marathon runner and five-time winner of the New Jersey Marathon – not a finisher, but the winner. And he’s branched out as an ultramarathoner, taming some of the most grueling racecourses in the world.

SAS was lucky enough to score an appearance by Oz at our recent SAS Explore virtual conference. He held attendees spellbound as he worked his mental magic on some SAS employees that streamed live. I was able to get a chance to have a chat with Oz after the event. As I reflected on our discussion, I realized that Oz left me with some mind tricks that work daily as well as they do on the performing stage. Here’s my roundup of his insight. I hope you enjoy these “tricks” as much as I did.

Oz: I think some of the most important lessons associated with mentalism that you can apply to your day-to-day life is that even if you're not going to spend years (or decades!) learning how to read, people seem to listen.

One of the most important things I do is listen. And I know it sounds so silly and subtle. But really watching people, as opposed to waiting for my turn to talk, allows me to really do things that seem almost supernatural.

Just by reading, people know their disposition, get a sense of their personality and mood and see how they behave and notice patterns over time. A big one is just by listening.

I know people's names. I can walk into a room and know 100 people's names within a few minutes. And that's not some sort of trick or mnemonic. You could do it and that’s what I’m doing. So just completely, full-on one hundred percent focusing and listening when they speak to me – that's a big one.

Trick #2: Whether it’s mentalism or marathoning, it’s all about focus

Oz: Do I see parallels between marathoning and mentalism?

Both involve focusing your mind. When I get up on stage, I'm completely in the moment; I can't be thinking about what am I having for dinner later? Or what are the kids doing tomorrow? If I do that, I start messing things up. I have to be completely present.

And the same thing applies to running: if I'm running 135 miles in the desert, and you suddenly think to yourself, ‘Oh my God, I have 100 miles left,’ you're gonna start falling apart. You need to just focus on the task at hand, get through it and make everything into smaller-sized problems—kind of like little achievable goals that combine to add up to something tremendous.

Oz: And I think that's what I've done with mentalism, which is constantly saying yes if somebody says: ‘Hey, can you do this TV show?’ The answer is yes. And then I figure out what I'm gonna do.

The same thing applies to racing; I've said yes to a whole bunch of things before I even knew if I could do it. And that's where I started learning my limits, or that I didn't have the limits I thought I had.

Trick #4: Attack from within

Oz: I also really like psychological warfare when I'm racing because it's important to get in other people's heads and psych them out. And there's a whole method to the madness when you're running, to make people think a certain way.

Because if they get broken psychologically, then the physical is next. Keep in mind, I'm doing this just under the guise of competition, but if you're ahead of somebody, or if they're ahead of you and what you say to them, if they pass you or what you say to them when you pass them and the way you act can have a huge effect on their mood. Therefore whether they think they can catch you or they think that you know, you've got them.

Oz: I am so not a tech-savvy person when it comes to running, which is so embarrassing. People have fancy watches and trackers. And I honestly run mostly for the love of running. And just a great way for me to kind of let loose and decompress my own form of meditation.

I keep track of my mileage per week, but beyond that, not that many things. I look at my fastest runs, but I am not studying data day in and day out.

When I'm doing my shows, I definitely have a feeling for what things work with certain people. And there's not a one-size-fits-all approach. The real skill is learning who will work for certain routines and tricks better than others. And that's built on instinct.

It's kind of like when you play ping pong. You don't know how you made that amazing shot, but you did it. The same thing applies. This momentary analysis happens in the blink of an eye, and you just trust your intuition.

It takes years and years to get that to work. And then, when it doesn't work, you try to reassess and iterate. You know, the same way software companies see something broken. What's the bug? How do I fix it? And hopefully, it gets better and my show improves month after month, year after year.

What is on Oz’s radar?

Oz: First and foremost, I think every day, I'm just very thankful that I get to do what I do for a living, which is truly a blessing, to be a performer, to be my boss, to get to bring joy and meet so many interesting and unique people all over the world is something I never take for granted.

But in the big picture, there's definitely three things that are on my bucket list. One is to have my own TV show, which I had on NBC. But I don't think I saw it to fruition; we only had one episode, even though it won an Emmy Award, which is amazing.

I really feel like there was a lot left to do with that. I have some great concepts and I'm pitching nonstop it will happen –  it's just a matter of time.

Another big one is to write a book. So that's also something that's in the works.

And third, which isn't really in the works, but it's in the back of my head and I'm sure I'm gonna do it at one point, is to have a Broadway show. I've always wanted to be in New York City, the greatest city in the world, doing a big show on the big stage. And there are some precedents of some great performers. Mark Salem, Jerry McCambridge, Derren Brown had Broadway shows and I think I've got what it takes to bring it to the big stage.

See who else spoke during SAS Explore 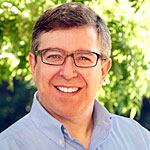 Jeff is a Principal Editor on the Thought Leadership, Editorial and Content team at SAS He's a former journalist with more than 30 years of experience writing on a variety of topics and industries for companies in the high-tech sector. He has a master's degree in technical and professional writing and loves helping others improve their writing chops.