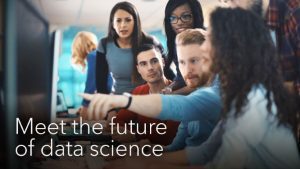 This post is part of our Young Data Scientists series, featuring the motivation, work and advice of the next generation of data scientists. Be sure to check back for future posts, or read the whole series by clicking on the image to the right.

Nikita Borzunov graduated from MIREA - Russian Technological University and began his career as a SAS intern. His enthusiasm and willingness to introduce SAS to his fellow students led him to develop an optional SAS course and begin to teach. He’s now in high demand and teaches at several universities.

How did your journey with SAS begin? 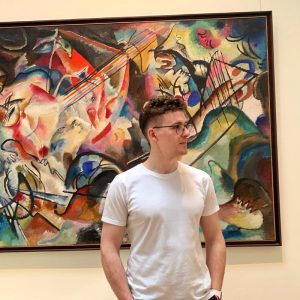 I enrolled at MIREA – Russian Technology University for several reasons. They have a reserve-officer training department, which was a big plus for me. They also offered a software engineering program,  and after graduation, you become a full-stack developer. You learn all the stages of a project.

I started looking for a job in my third year at university. I needed work experience, so I applied for all suitable vacancies and internships. I had about 10 interviews, and one of the companies that invited me was SAS.

At the time, I knew nothing about SAS, and I had already landed an offer for another job. But I was curious about the company so, I went. As soon as I entered the office, saw my future colleagues and the atmosphere, I realized that this was the place I wanted to be. After the interview, I sat in the office courtyard and thought how cool it would be to work here. A week later, I received an invitation to join the SAS internship program.

So, it was a twist of fate and your curiosity that opened the world of SAS to you. But was it all smooth sailing from the beginning?

As with most things in life, there were some obstacles. As part of the internship program, it was necessary to undergo training one day a week for a month. Unfortunately, this day coincided with the day of training at the reserve-officer training department, which I could not miss. Just when I thought that everything was perfect, this conflict made me think that maybe it was not my fate to work at SAS. I decided to talk to my supervisor, and we found the solution – I was allowed to take the SAS training online.

The first days were a little hectic since I studied from home. But after two weeks, I was given a project, I got a mentor who explained everything, and I was given my tasks. Four months later, I was able to work on my own.

Soon, I was transferred to a new, bigger project where I stayed for three and a half years. Later, I was promoted from an intern to a junior and then grew from a developer to the technical leader of the project. I was completely in charge of the project: I thought out the architecture, I was responsible for the system configuration, for the SAS platform, for the whole development, for gathering requirements and for the staging. I also communicated with the customer and assigned project parts to other juniors or interns.

Afterward, I was assigned a small European project. I'm now the technical leader of a project with McDonald's, where I am in charge of interns.

What was your biggest takeaway from the internship?

I learned how to run projects. Most importantly, it gave me the confidence to cope with any task. It made me realize that anyone can make a mistake -- even the most experienced professional. Making mistakes is how we learn.

What does it mean to be a SAS Ambassador?

So, it happens that I am one of the first SAS Ambassadors of the Russian office. For me, it's about giving people a chance to find themselves in IT.

At the very beginning of my internship, I was telling my classmates about SAS: How cool it is here, that I was assigned interesting tasks, and that the internship is paid -- which is not always the case. A lot of my friends work at SAS now!

I also represented the company at various IT forums (FindIT), where students are looking for work. I was surprised that they didn't know about SAS. In my story about our company, I did not exaggerate or embellish anything – I just spoke facts and shared my very positive experience.

You introduced a SAS course at your University. How did you come up with that idea?

The idea came to me because I saw how many students were unaware of SAS. It was the same with me, and if I hadn’t applied for the internship, I would miss such a great opportunity! I wanted more people to experience SAS.

In 2018, when I visited the Director of my institute to discuss my undergraduate degree, I suggested that we start a SAS training course. A lot of good universities already had such courses, but ours didn't.

The idea was to expose students to data science. I went with this initiative to Julia Golyakina, the head of the SAS internship program. She was ready to help and supported the effort in every way. My classmate Sasha Gorbenko also joined us. He suggested that I teach the SAS Base part, and he decided to teach the DS2 course.

Who could have imagined that I, an intern, with little work experience, would be teaching an author's course at my institute? At first, it was a bit difficult due to a lack of experience, but it all worked out. We’ve been teaching the course every year since 2018.

It all snowballed from there. After the first course, more students from MIREA now know about SAS and many came to work at SAS as well.

SAS also created new opportunities for students. Other IT companies are more than happy to invite students for an internship or offer a job.

My interns continue to tell their classmates about SAS, and SAS is now the most coveted place of work among MIREA students. A convenient schedule, exciting tasks, and the fact that the internship is paid play a big role. I also teach a SAS course at Moscow State University at the Faculty of Physics and Technology. 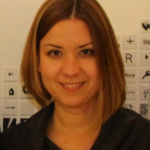 Jelena has been working at SAS as a Content and Communication Lead for CEMEA region, focusing on SAS Platform and Data Science. She is communication professional with over ten years of experience, passionate about technologies and discovering ways to make complex world of analytics understandable for everyone. She earned M.A. degree in Chinese Language and Literature from Belgrade University.