Showing 5 of 9
Prev Next 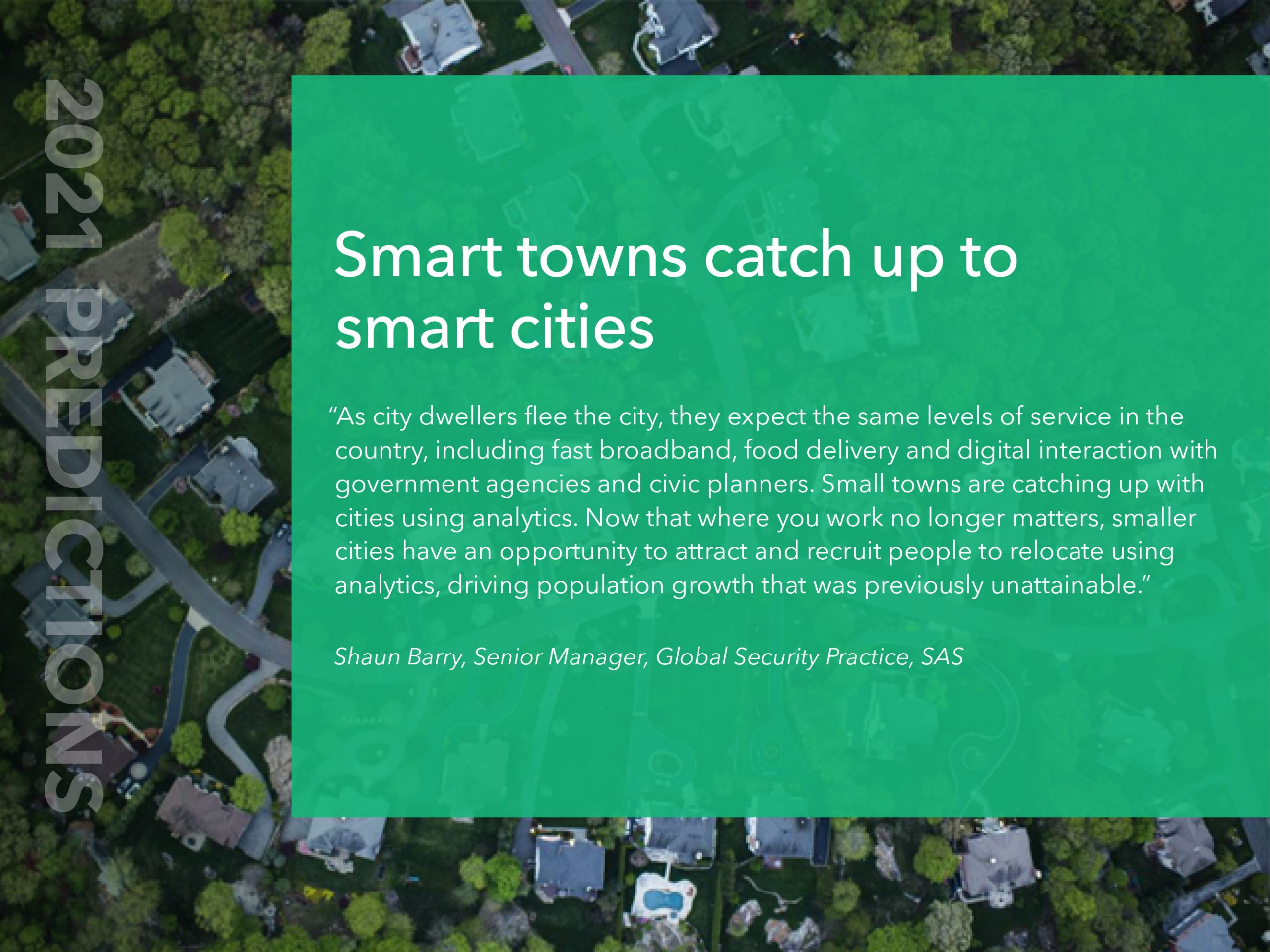 “As city dwellers flee the city, they expect the same levels of service in the country, including fast broadband, food delivery and digital interaction with government agencies and civic planners. Small towns are catching up with cities using analytics. Now that where you work no longer matters, smaller cities have an opportunity to attract and recruit people to relocate using analytics, driving population growth that was previously unattainable.”