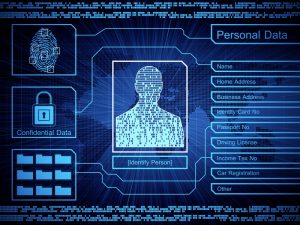 If you’re in state government, you're well aware of the unprecedented challenges that come with off-the-charts unemployment numbers due to COVID-19. Crashing websites at state unemployment insurance offices and multi-hour phone hold times for the millions of people who've lost their income due to the pandemic are only the most visible aspects of the story. It’s just as ugly behind the scenes. After all, only a few months ago, most states had record-low unemployment, and unemployment insurance agencies were running with relatively low staffing levels. They simply could not have been prepared for this moment.

As state governments begin grappling with the challenges of providing unemployment insurance at levels that would've previously seemed unimaginable, while also responding to brand-new federal legislation, the door has swung wide open to another threat: Fraud.

While the government is making funding available to the individuals and families who need help, some bad actors are intent on exploiting the system, taking valuable resources from those who need it most.

We’re not talking about “normal” levels of fraud, either. The government is directing historic levels of funding into unemployment insurance while also changing longstanding rules regarding eligibility. These actions are intended to help the millions of hard-working people who have had their livelihoods taken away by the COVID-19 pandemic. But for those bad actors looking to commit fraud, this is a tantalizing opportunity to commit equally historic levels of deception. Heading off the potential for fraud is even more pressing given that state governments are going to need every fiscal advantage they can find in the economic wreckage post-COVID-19. States just can’t afford to lose hundreds of millions, or even billions, of dollars to unemployment insurance fraud.

If we were combating unemployment insurance claims fraud In normal times, we would recommend the a thorough, leave-no-stone-unturned approach that would take months to implement, from strategy development to implementation, testing, and deployment.

But these are not normal times. And state governments have only a small window in which to identify and root out unemployment fraud before it exacts an irreversible toll.

So instead, we recommend a lightweight, highly targeted, three-weeks-to-launch analytics dashboard that draws from existing data streams to identify high-threat, high-impact fraud patterns as they unfold – the big stuff. Once fraudulent activities fitting that profile are under control, state governments can widen the approach to focus on lower-level fraud, using historical data to track fraud from the start of the virus’s impact.  But for now, we’re in triage territory: Find the most significant threats as quickly as possible and address them before moving on to the others.

Here are the three fraud priorities targeted by this lightweight tool:

Without base wage and employer checks and balances in place, unemployment insurance is facing severe risk from both previous and newly occurring data breaches. These can generate large volumes of theft quickly, and are nearly impossible to recover. Identity theft patterns can be identified by:

Fraudsters are likely to unleash even more fictitious businesses than were seen during the last recession, as well as collude with or misuse other businesses that are temporarily or permanently shuttered due to the COVID-19 crisis. Patterns that point the way to these types of claims can be identified by:

People who were kept on salary, working from home, or had salary extended through the SBA loan forgiveness may also look to collect elevated and extended benefits. This type of behavior is a phase 2 priority, and can be identified by:

This is an important time for state governments to ensure that citizens in need get the help they require as quickly as possible. Fighting fraud along the way helps.

Many organizations are working to help states manage. For instance, SAS and Intel are working together with state governments to operationalize analytics capabilities at scale, and to prepare for the significant data volumes on the way, to help reduce fraud as states rise to meet these new challenges.

With unemployment fraud detection, you can spot issues quickly – speeding processes, reducing the load on overburdened staff and potentially saving billions. In turn, your state’s unemployment insurance program can deliver citizens the full amount they deserve and keep funds out of the wrong hands. 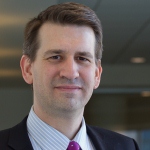