I was born in a country (Brazil) where voting is mandatory. Most of my family still lives there, and now that I live in the US, they ask me about American politics all the time. One thing that often catches them by surprise is that not only is voting not mandatory here, but election participation is pretty low considering how much American political news pervades media coverage all over the world.

I thought it would be interesting to take a closer look at some voter registration data from the 2018 midterm elections. Below is some interesting information I came across as I started to explore that data with SAS Visual Analytics.

First, let's look at what percentage of the population is registered to vote in each US state.

Next, let's look at what percentage of the population votes in each of the continental US states. 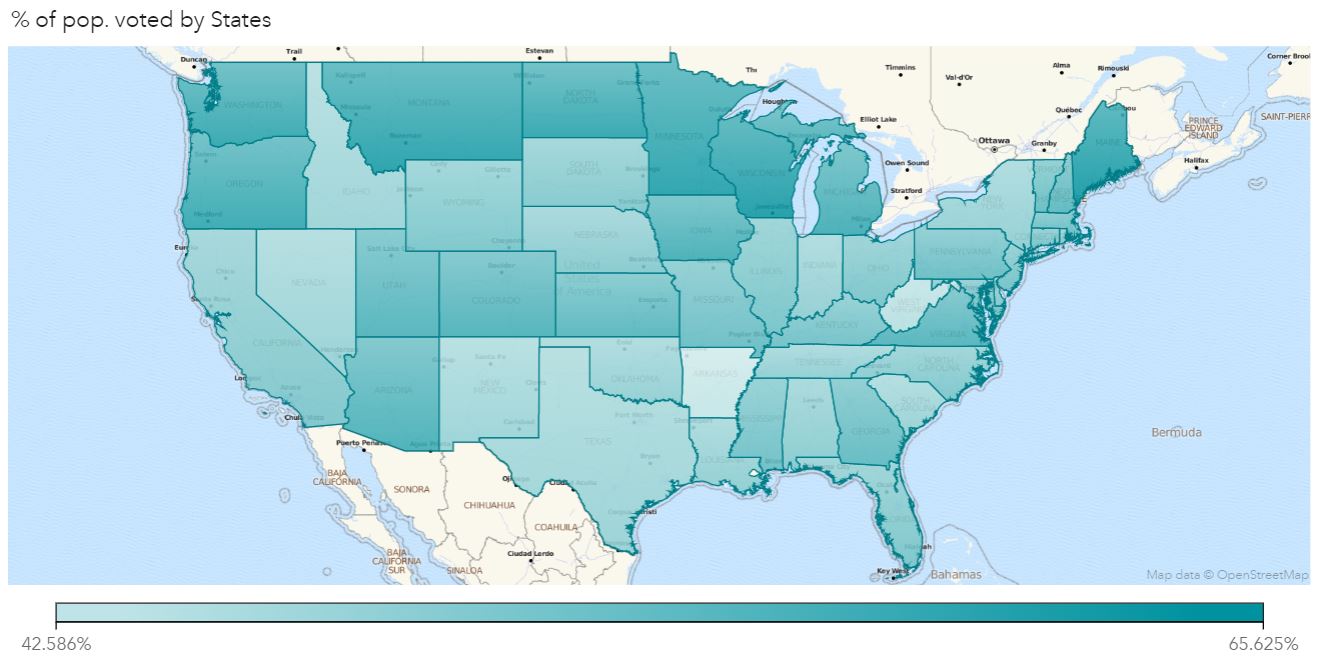 Figure 2. This map shows the voting participation rate for the continental United States

Arkansas has both the lowest voter registration and participation rates in the continental United States when looking at the entire population of American citizens. However, it does not rank as poorly when looking at the voting rates of black, Hispanic, or youth (defined as being 18-24 years old) populations. South Dakota, South Carolina, and Hawaii have the poorest voter registration rates for those aforementioned groups. 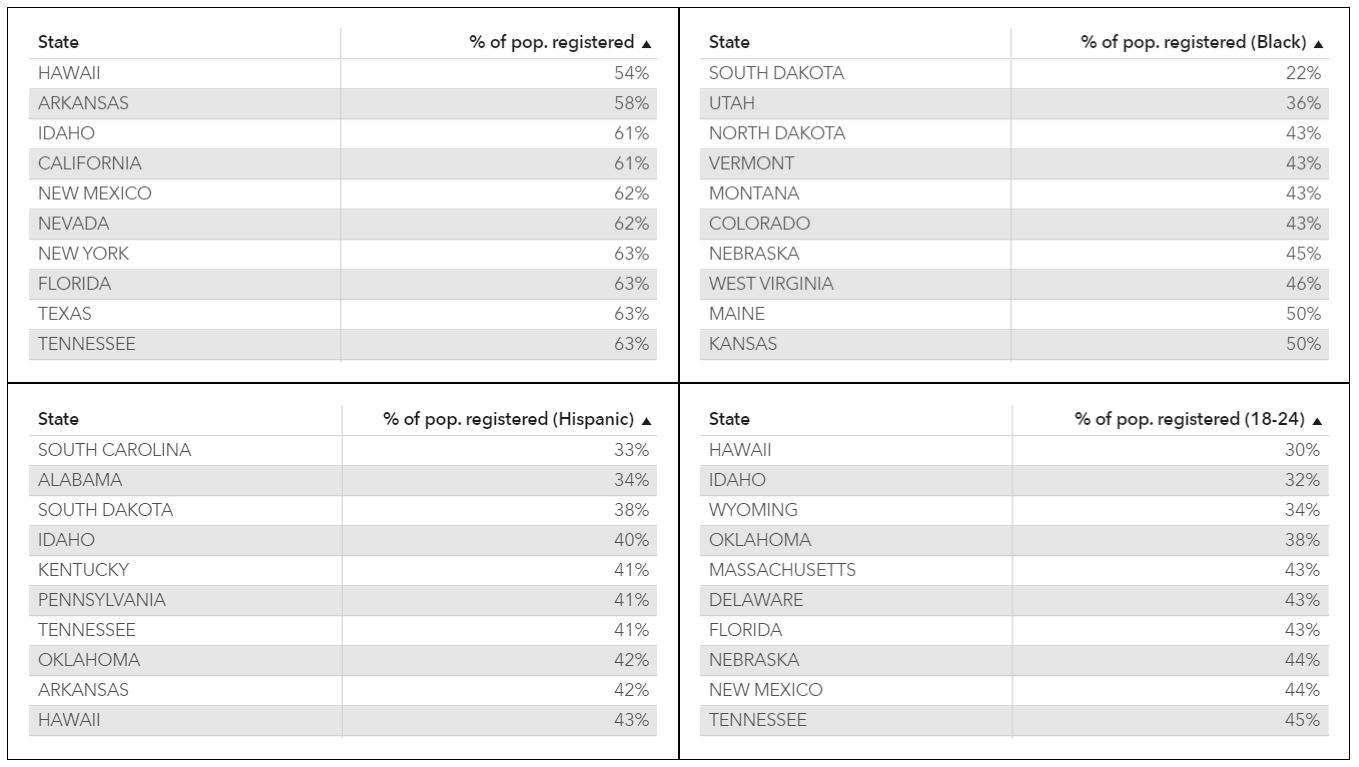 Figure 3. Bottom 10 states in terms of percent of American citizens registered to vote in the 2018 midterm election 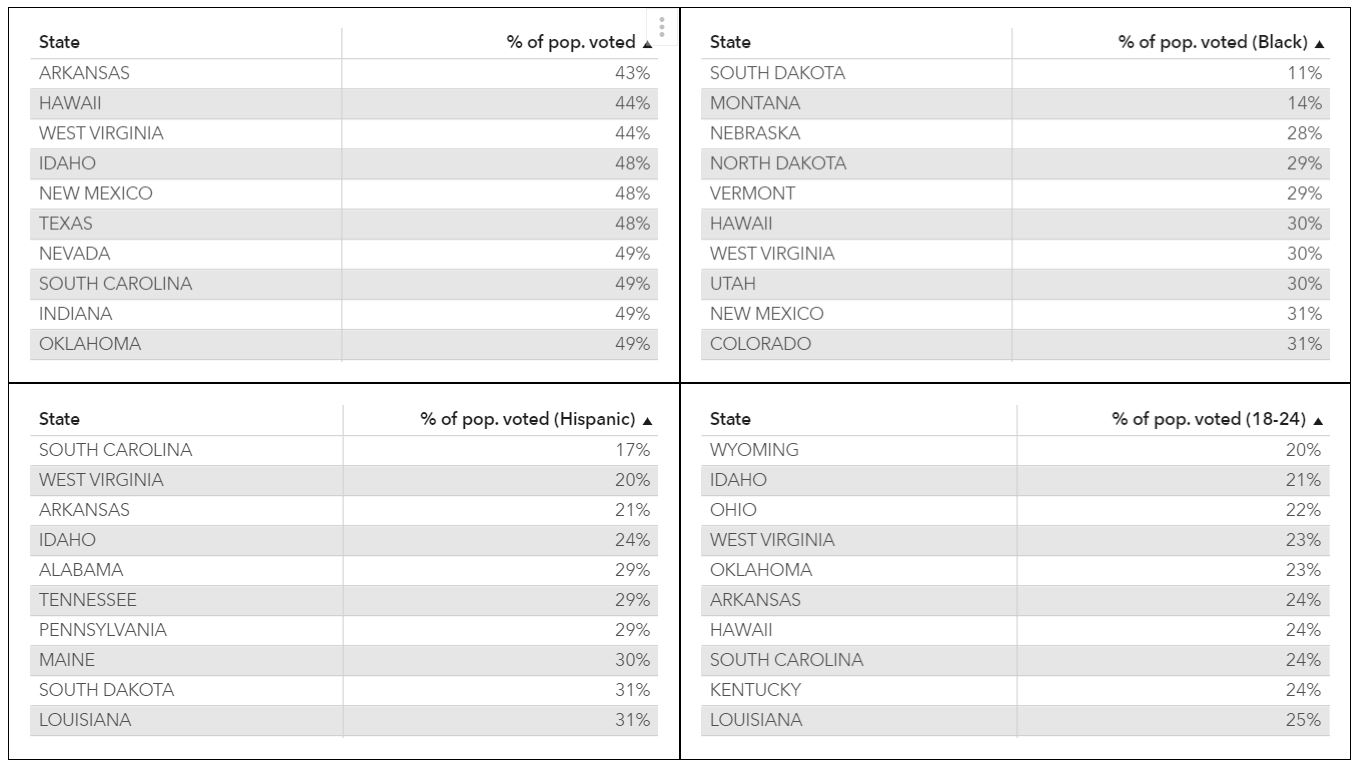 Figure 4. Bottom 10 states in terms of percent of American citizens who participated in the 2018 midterm election

Next, let’s examine the swing states. Here we define a swing state as being a state where the most recent presidential election was decided by less than 5 percentage points. Those states are as follows: Arizona, Colorado, Florida, Maine, Michigan, Minnesota, Nevada, New Hampshire, North Carolina, Pennsylvania, Virginia, and Wisconsin.

A closer look at swing states

One might hypothesize that swing states would have the best voting rates since voters there might think that their votes are more likely to “matter.” However, the data tells us otherwise. On average, the swing states combined ranked 20th in voting registration and 16th in voting participation.

Florida is an especially interesting case study because many high-profile elections in the recent past have come down to very thin margins. In the most recent mid-term elections, the gubernatorial election was decided by 32,463 votes, and famously in the 2000 Presidential election, George W. Bush won the Sunshine State by 537 votes.

Florida is the best example to use to disprove that earlier hypothesis. Among the swing states, Florida has by far the most unregistered voters (see Figure 5). In addition, Florida has by far the largest ratio between total unregistered voters and margin of victory in the last Presidential election for all the demographic groups examined thus far (Figure 6). 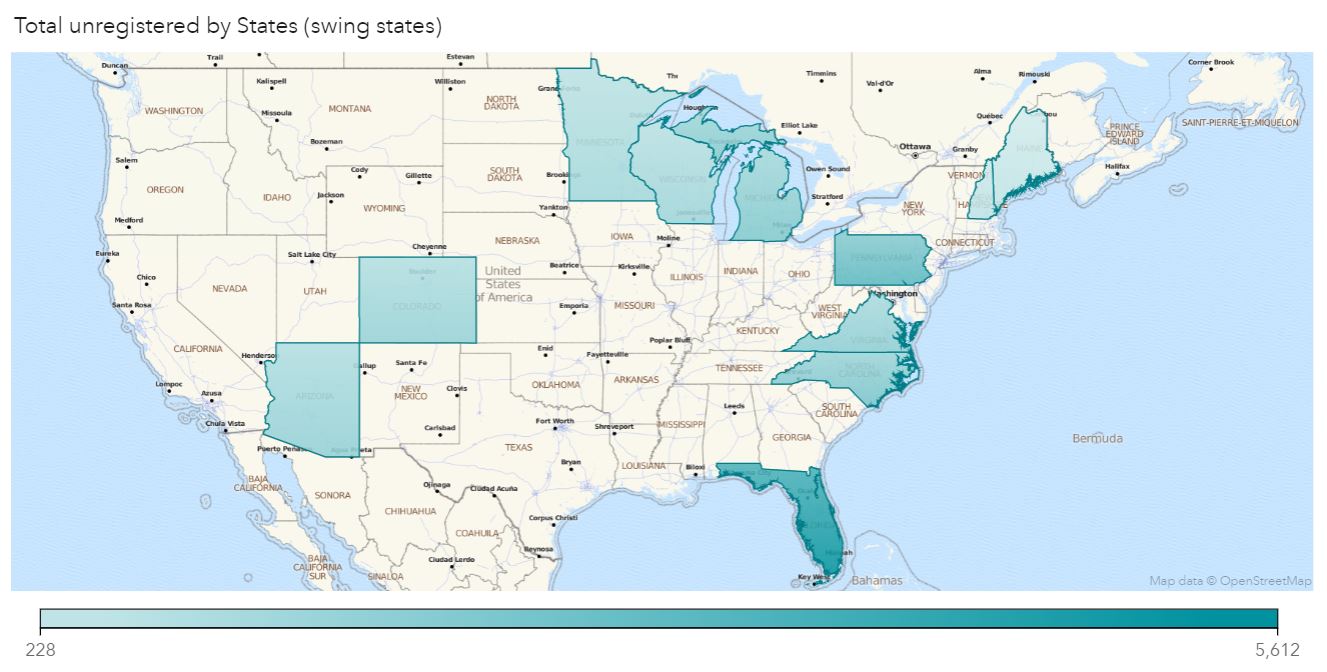 The 2018 midterm election had the highest voter turnout for a midterm election since 1978. There appears to be some truth in the notion that the increased coverage and discussion of American politics across the world has led to increased voter turnout. However, there are still large swaths of untapped eligible voters across the country. Among swing states alone, the results of the next presidential election could all be flipped if even just one of the demographic groups shown above decided to register and vote for the losing party. Unrealistic? Very. But the truth remains – first-time voters (if they vote) could very easily swing the electoral outcome for their state in the upcoming 2020 race.

Curious to see your state’s voting registration and participation metrics? Sign up today for a free trial of SAS Visual Analytics and reach out to me at frank.silva@sas.com for a copy of the dataset I used for this blog.