Note: This is the second post in a series featuring analytics leaders in the utility industry.

St. Louis is home to Anheuser Busch, the legendary Cardinals baseball team, and Ameren, where analytics rocks. More on this later.

Ameren is a large investor-owned utility that serves St. Louis and the surrounding area on both sides of the Mississippi River in Illinois and Missouri. The company is also a leader in embracing analytics and a broader digital utility model. One of Ameren’s analytics leaders is Mike Mattingly, Manager of Risk Analytics. We recently spoke to Mike about his background, analytics at Ameren and his role there. 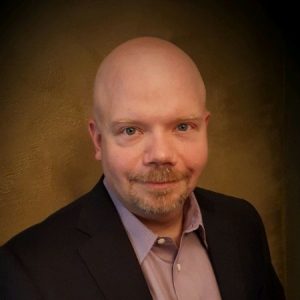 After building an academic resume that includes a BS in mathematics from McKendree University, an MBA from Webster University, and graduate coursework in statistics and computer science at DePaul University, Mike applied his deep math, statistics and computer science background into the analytics field, although not initially with a utility. After his work with a consulting firm brought him into the energy and utility industry, Mike made his way to Ameren.

Mike’s role at Ameren includes not only market risk, which entails understanding long-term load and demand forecasts, and ensuring that the resources traders are speculating on will be available to meet the demand, but also the broader enterprise risk. This allows Mike to impact Ameren’s businesses with analytics in many different areas across the enterprise, including looking at how various forecasts and projections have been done in the past and determining how these can be improved.

“The application of analytics to market and enterprise risk is not new to Ameren," says Mike. "What is new is the challenge I've been given to develop a team that evolves how we use analytics to deliver value to our business partners. Ultimately, we'll help achieve the organization's goal to move into predictive and prescriptive analytics.”

Enterprise risk is an area where Mike and his team can help the company in new ways, like assessing the severity and frequency of different risks and working with business unit leaders to build a plan that mitigates the expected risks. Mike also sees an opportunity for analytics in addressing two important areas: safety and the company's aging workforce. In both cases, the data tells a story (historic injury data and projected retirement dates, for example) that Ameren’s business leaders can use to get ahead of potential problems via predictive analytics.

Looking at analytics more strategically, Mike sees the changes that are shaping Ameren for the new energy future. One key move by Ameren’s senior leadership is the development of a digital transformation function, headed by a new Chief Digital Transformation Officer. That will help Ameren’s leadership look at digitization of the utility holistically; analytics is part of this organization.

“We recognize that there will need to be changes as we adjust to changes in the industry," notes Mike. "For example, we need to look at the gap in  skills needed to execute in a digital ecosystem. We have data that's heavily siloed, and improving analytics skills and data issues will go a long way towards unlocking value.”

Fortunately, Mike says that the organization is set up to encourage peer-to-peer relationships with the business units, which facilitates a team environment of partners working together toward common goals. 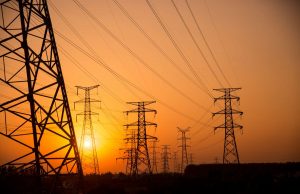 "As utilities move forward in the digital and analytics era, analytics can be pretty sophisticated, but there is still a need to hammer away at business basics and keep tangible goals at the forefront," says Mike. "The underlying theme for analytics at Ameren is better decision making that benefits and support all stakeholders in a way that's enhancing human efforts, not replacing them. And, of course, doing all of this while keeping an eye on key metrics like customer satisfaction scores."

When we asked Mike what he thinks about the future of utility analytics, he said: "Today's utilities are widely  distributed along an analytics maturity curve. Utility leaders need to look at their organization’s maturity honestly and make some decisions on how they're going to mature their analytics capabilities in a way that's consistent with the organization’s strategic goals."

He ended with a comment that surprised us a bit: “Clearly the digital transformation is underway and analytics are a huge piece of that. The dream state of integrated, real-time, embedded analytics is not lost on me," said Mike. "However, the critical skills of being able to ask and answer the right questions are not going to go away.  In fact, I would suggest what we're driving towards is reducing the time to answer the next question to zero. There will always be questions the business needs answered, so having the right tools and knowledge to provide those answers will also always be critical. That will require not only the right tools, but also the skill sets to think critically and analytically.”

Now about Mike and his analytics leadership rockin’ Ameren: In addition to applying his interest in statistics to his love of baseball, Mike plays guitar in a 90s alternative rock band in St. Louis called Weedmouth. So if you ever need a statistically-oriented rock guitarist, Mike is your guy.