During each minute you spend reading this article, 18 people will die of cancer. With each tick of the clock, your odds of becoming one of them increases: age is one of the primary risk factors for cancer.

Take Nancy. She is a normal, active, healthy woman. Inside her body at this very moment, trillions of cells are living, reproducing, and dying in a complicated dance orchestrated by the DNA she inherited from her ancestors. All her cells, that is, except for one.

A single cell in a tiny duct in her right breast has a new DNA program – one created quite by accident. The cell’s DNA is damaged, resulting in an unintended change, or mutation, in its DNA programming. If left unchecked, this new program will instruct the cell to replicate without control, growing into a mass of cancerous cells that can invade surrounding tissue and spread to other parts of her body.

DNA mutations and errors are a normal part of cell division and life, and, like all humans, Nancy's cells have ways of detecting and repairing damage. One of those mechanisms involves a protein encoded from a gene we call BRCA1 (BReast CAncer 1). Located on her 17th chromosome, this gene contains instructions for creating a protein that helps to repair DNA damage, or, if it cannot be repaired, to destroy the damaged cell. Case closed. Cancer averted.

However, Nancy’s BRCA1 gene is different. She inherited a mutation that researchers believe makes her repair protein defective. Her natural defense does not work. Nancy’s single cancerous cell will replicate and spread, and she may well become one of the nearly 10 million people who will die of cancer this year.

It’s in the DNA

Women with a harmful BRCA1 mutation have a 55-65 percent chance of developing breast cancer by age 70. Comparatively, women who do not have this specific mutation carry a 7 percent risk. Men are affected, as well. For example, men with a harmful BRCA1 or BRCA2 mutation have as high as a 60 percent lifetime risk of developing prostate cancer as compared to 11 percent risk in the general population.

Are you like Nancy? Do you have this risk lurking in your DNA? Some women who have tested positive for a BRCA mutation elect to have preventive mastectomies; perhaps the most famous among them is movie star Angelina Jolie.

And cancer is not the only disease related to your genes. Many diseases have a genetic component either as a cause or as a risk factor. The better we understand the human genome, the better we can understand, treat, and prevent disease.

How did we discover BRCA1 and its importance? By mapping the DNA of breast cancer patients and discovering what portions of their genetic code were associated with the disease. Dr. Marie-Claire King and her research group spent 17 years taking DNA samples from breast cancer patients and their family members, painstakingly mapping the associations and, finally, publishing their discovery in 1990.

Science has come a long way since then, but our understanding of the human genome is still in its infancy. Genetic sequencing has become relatively cheap, and we now have the computing power and analytical software to perform large-scale genome-wide association studies (GWAS). What we need is data. We need DNA sequences for large numbers of people combined with the medical, environmental, and socioeconomic histories of those individuals. Then we need to put these data together in an engine that allows us to make discoveries.

Knowledge is power –  and patient empowerment

With SAS software as its analytics engine, the Healthy Nevada Project is combining DNA sequences from 50,000 Nevadans with environmental data, socioeconomic data, and 10 years of medical records. In contrast, Dr. King’s efforts to find BRCA1 used data from just 329 people from 23 families and took 17 years. Researchers from the Healthy Nevada Project can look for associations across 50,000 people and can, thanks to modern computing and machine learning, respond to queries in minutes.

The resulting research database is already improving people’s lives. The study has identified hundreds of women in Nevada who have dangerous BRCA mutations. Armed with this knowledge, these women can get intensive screening to catch cancers early or choose with their physician to pursue more aggressive measures like Ms. Jolie.

The study has identified hundreds of women in Nevada who have dangerous BRCA mutations.

The study has also identified people with a genetic disorder called familial hypercholesterolemia, caused by a mutation on chromosome 19. Those affected can now receive treatment to help prevent the early onset of heart disease that results from this condition.

Beyond genetic ties to disease, the research team found unexpected associations between weather conditions and hospital admissions for irregular heartbeats and respiratory events. This knowledge allows doctors to predict days in advance when susceptible patients might experience such health issues and help them take preventive measures to keep them out of the hospital.

Exciting as these findings are, they are only just the beginning. Watch the video above to hear Dr. Anthony Slonim, President and CEO of Renown Health – himself a cancer survivor – describe to SAS COO Oliver Schabenberger his vision to expand this paradigm-changing research to other states. The impacts of such efforts have tremendous potential to improve human health and longevity, not just in the United States but around the world. 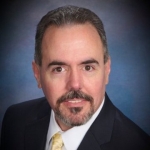 Mark Pitts has worked in healthcare for almost 30 years, touching almost every aspect of the U.S. healthcare system – provider, payer, and integrated systems. Mark is a sought-after public speaker on the subject of healthcare analytics, regularly appearing at events in North America and around the world. Many attendees comment on his ability to make technical topics accessible to everyone – with a sense of humor along the way. He has been interviewed, quoted, and featured in a variety of broadcast, print, and online publications, including Public Radio’s All Things Considered and the InformationWeek Advanced Analytics issue. Mark studied computer engineering, graduated with honors from the University of Florida with Bachelor’s and Master’s Degrees in Accounting, and earned a Master of Science in Statistics with a dual emphasis in Applied Statistics and Biostatistics from Texas A&M University.