Singer-songwriter David Wilcox kept me out of prison.

That’s not a country song gone bad – it’s a real-life experience. Almost two decades ago, I attended a David Wilcox concert in downtown Raleigh, North Carolina. His songs have always hooked my heart, and one in particular caught my attention that evening: “Rule Number One.”

The song tells the tale of a first date gone awry. One party to the date seemed charming, funny, and attractive until – horrors – he was rude to the waiter. The song gives great advice: “If he’s rude to the waiter, and it makes your heart confused, this is Lesson #1: RUN.”

I laughed. The audience laughed. And then I went home and prepared for my interview the next day.

Applying 'rule number one' to my career

My interview was with a large company in the Research Triangle Park area, and the role seemed perfect. The salary was great, the responsibilities were an excellent fit for my skills, and it would be a promotion. It would be my third interview, and I knew an offer was forthcoming.

Sure enough, the hiring manager met me at the door, all smiles and handshakes. He escorted me through the building, introduced me to the extended team, asked some hard-hitting questions about how I would handle a variety of challenges. The usual interview routine. As we were leaving for our lunch meeting he stopped by his secretary’s desk to inquire as to the arrangements.

And he was unequivocally, unquestionably, rude. Rude to his secretary.

He was obsequious to his colleagues, deferential to his superiors, kind and respectful toward me.

And rude to the secretary.

The song from the night before returned loudly to my memory: “If he’s rude to the waiter, and it makes your heart confused, this is Lesson #1: RUN. Get up and run, don’t walk, don’t wait. Rule #1: don’t hesitate...”

Sure, this was the secretary, not a waiter. But alarm bells were ringing. If he could be that rude to someone who worked for him, what else was lurking beneath the surface? Run. David’s guitar chords echoed through my memory. Run.

The next day the recruiter called me with a very juicy offer. The job came with an enviable title and a big raise. But my intestines twisted: Rule #1: RUN.

I obsessed. I floundered. Every piece of logic in the world told me take the job.

But my heart was confused, just like in the song. “If he’s rude to the waiter, and it makes your heart confused, this is Lesson #1: RUN.”

I chose to heed my heart: I said no to the offer. Everyone was baffled. How could I turn down such a perfect fit, such an outstanding promotion? But I was at peace.

Six months later, I opened my front door to find the morning paper on my doorstep. There, in big headlines, was an article about the company I had turned down. The very department in which I would have been working had been caught violating a variety of federal laws, and several of the key personnel would go on trial. It was clear that the individual who had tried to hire me, the very man who had been rude to his secretary, was in the middle of the legal mess. David Wilcox kept me out of prison!

Years later I had the honor of meeting David at a retreat. He told his own career tale, of how in college he was deciding between a standard life of professional engineering or a similar path, or following his heart toward music. He asked his mentor for advice. The mentor laughed.

“You ask that like you have a choice,” he said. “Music chose you.”

And so it did.

Certainly there is no way that David could have known, when he wrote “Rule Number One” in the late 1990s, that one day a young woman would hear it and make a major life decision based on his work. He didn’t write the song to save my career or my reputation. He wrote it out of a love for the work. He wrote it from his heart. And on that day, in that Raleigh theater, my heart heard what his heart had to say.

I thought of this story recently, when something I did for love touched a heart in a very different way. In 2017 I helped persuade my employer, SAS, to volunteer their resources – software, data scientists, writers, project managers – to help the Sepsis Alliance raise awareness of the condition, which kills more than a quarter of million people in the United States alone.

An all-volunteer army created an app to help citizen data scientists look at sepsis research in new ways. Our mission? Raising awareness. Only a decade ago less than 20 percent of Americans had ever even heard of it, and even today only 1 percent can correctly identify the symptoms. I was committed – I myself survived sepsis, in large part, because I recognized the symptoms and received prompt medical care. I was happy to invest my time and energy helping the Sepsis Alliance do their work.

Months went by. Hundreds of people downloaded the app and participated in the data science challenge. My nephew joined me for educational sessions at SAS headquarters in Cary, N.C., and SAS hosted informational sessions at our global events.

Then, after the holidays, I returned to work to receive a surprising email. I was immediately moved to tears.

A woman in Michigan had been using our app after Christmas, just curious about the data and what she might find. It was a form of entertainment really, much like that concert I attended in a theater long ago. She looked at some charts, read about the symptoms, then went to a New Year’s party and spent a relaxing morning watching Perry Mason reruns.

And then her friend called her, panicked. The friend’s elderly mother was ill, and no one seemed to know what to do. Confused. Weak. She had had a bladder infection recently but had been treated for that. The EMTs who had been called were chalking it up to just another elderly woman having a bad day, and they wanted to go home.

Suddenly our heroine remembered: Confusion. Weakness. History of recent infection. These were some of the warning signs she had read about, thanks to the app she had been using.

And because she asked that fateful question, they invoked rule number one for suspected sepsis. “Get up and run, don’t walk, don’t wait. Rule #1: Don’t hesitate.” For every hour that ticks by, the chances for sepsis survival decrease by 8%.

The two women insisted that the mother be taken to the hospital. She was indeed very ill and needed antibiotics. They credited the app with giving them enough knowledge to ask the right questions and seek appropriate care.

As I read this story at my desk, I cried. Just as David Wilcox had touched my life very unexpectedly, I had touched this life in Michigan. It was one of the most moving moments in my career. Something I did mattered. I might have helped to save a life.

Colleagues heard the news and began asking me questions. Why had I volunteered my time to that program? Why had I written blogs and gathered data and scheduled meetings? What had motivated me to do this, when I had too much other work on my plate?

Just as David Wilcox’s mentor did, many years before, I answered them with the truth: You ask that like I had a choice. 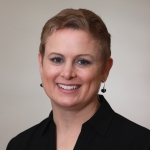