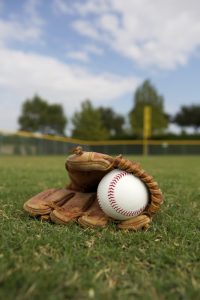 When you hear someone refer to an ‘inside baseball’ move, it means they’re playing into the subtleties of the game. Inside baseball requires a high level of awareness, experience, and strategic thought. This typically results in a mix of strategies to get runners on base and manufacture runs rather than always going for the home run.

That temptation to swing for the fences isn't limited to baseball stadiums. Manufacturing leaders can similarly react to the latest technology trend with overly simplistic strategies to innovate. However, much like Major League Baseball’s 162-game season, a manufacturer’s innovation journey is more of a marathon than a sprint.

Tactic 1: On base percentage … enabling the big hits

In Moneyball, the Oakland A’s capitalized on an often undervalued metric: On base percentage (OBP). This metric represents the percentage of times a batter gets on base. Before Moneyball, players earning walks wouldn’t necessarily catch a scout’s eye. But  Moneyball analytics showed that getting on base, by whatever means, was a key predictor to scoring runs and ultimately winning games.

When I was attending a recent gathering of IoT veterans, each of the speakers I saw brought a baseball parallel to mind. When I watched General Motors’ Marc Mulzer (Chief Architect for Global Manufacturing IT Enterprise Architecture) talk IIoT strategy, he outlined GM’s focus on zero downtime and cited a McKinsey Global Institute estimate that predictive maintenance could have a $240 to $627 billion dollar annual impact on factories by 2025.

While it's easy to focus on the big number, what are the key ‘OBP enablers’ that GM sees? Marc said that the key to unlocking predictive insights was timely data. Trying to stitch together the multitude of complex disparate data sources must have felt much like looking for a big inning without any base runners.

To execute at scale, GM developed a data backbone to pull all these data sources together and employed SAS Event Stream Processing to surface the immediate insights. Without the data technology to help them get "on base," the big hits of predictive maintenance and zero downtime would never come.

Mid-relievers typically pitch the fifth through seventh innings, and they rarely get credit for the wins or the saves, but are often in a position to take the loss. It's the workhorse position in the pitching rotation -- they need to always be ready to throw.

I thought of the mid-relievers of IoT initiatives when I heard Alex Vayner (Data Science and Analytics Practice Leader from Capgemini) speak on building an IoT Center of Excellence. The five guiding principles he cited were:

People like to celebrate the highly sought-after data scientists, but my big take away from these guidelines is the number of unsung heroes required to make these projects a success.

Alex also referenced the 80/20 rule for how much data prep a typical data science project requires. However, when factoring aspects such as sponsorship alignment, project chartering, and culture initiatives, the ratio feels more like Thomas Edison’s 99 percent perspiration to 1 percent data science inspiration.

Tactic 3: The Farm … your source of growth

In baseball, the Farm represents a source of growth and the team’s future. Around the time of the Oakland A’s Moneyball heyday, their Farm Leagues produced MLB All-Stars such as Barry Zito, Tim Hudson, and Jason Giambi. Strong farm leagues provide high-potential players to the major league.

An IoT practitioner’s ‘farm’ still pertains to growth, but takes on a different connotation. Server farms and cloud strategies have been key to enabling the 'start small, think big' mantra that's inspired a wave of manufacturers’ IoT initiatives.

When Jeeva AKR from Dell EMC (Director, IoT Global GTM Strategies) spoke, he highlighted the foundational aspects of cloud analytics. While highlighting the impressive innovations in raw compute power, Jeeva also spoke to how the clouds flexibility allows IT to scale their compute needs more seamlessly than before.

And this need for growth is only, well, growing. Jeeva cited a recent research report that predicts overall manufacturers’ efficiency will grow annually over the next five years at 7x the rate of growth seen since 1990.

The ultimate take-away… if your ‘IoT head’ is not in the clouds, it needs to be.

Your 'inside IoT' playbook

In summary, there are three often overlooked elements critical for enabling IoT success:

Understanding and embracing these inside IoT tactics will help manufacturing executives create the right level of urgency in a way that enables their IoT programs to scale successfully. 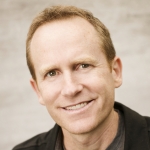 Roger is an Industry Principal with SAS Institute’s Energy and Manufacturing business unit. He has spent 20 years helping manufacturing companies find efficiencies in their supply chains and manufacturing processes. Roger specializes in understanding the technology opportunities, risks, and change management requirements to drive success on a global scale. Roger holds a B.S. in Civil Engineering from Cal Poly San Luis Obispo. You can find him on LinkedIn at https://www.linkedin.com/in/rogerwthomas.