SAS' tag line is The Power to Know©, But what makes SAS so powerful? Ask our users and they'll tell you -- it's because SAS allows them to answer questions which previously could not be answered. How does SAS do this? SAS built a 4th generation programming language which makes it easier for users to prepare data for analytics, perform analytics, and then deploy the results of analytics into production systems.

In addition BASE allows users to make use of SAS provided formats and informats along with the ability to extend format/informat capabilities with their own user-defined formats.  The SAS programming language also comes with a macro facility that makes it easy for programmers to encapsulate blocks of repeatable code which can be shared with others and even parameterized to allow for maximum flexibility. It gets even better, because over the years SAS has developed a few object-oriented languages which run within the SAS environment. The initial one was called SCL, which stood for screen control language, and for years it was used in combination with SAS/AF and then other web interface type languages, like html, javascript and ASP, to develop applications that ran within SAS with a SAS front-end or a web-based front-end.

More recently, BASE SAS added another object-oriented language called DS2 which can run not only within a SAS environment, but can also run in-database within the SAS Embedded Process and even run data transformations and model logic within the SAS Event Stream Processing engine. 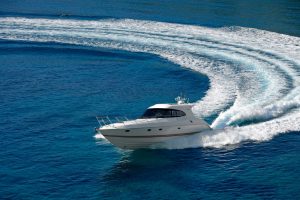 And finally, the FedSQL language is included with BASE SAS to make it easier and more transparent to run ANSI-based SQL in the SAS platform, as well as providing a more transparent push down capability of SQL into other processing environments. Similar to this powerboat, SAS provides its users a fast and nimble processing environment that has the necessary horsepower to get you where you want to go on time.

Yes, all of this and more comes in BASE SAS. It's the master foundation block on top of which the SAS platform was developed over the course of 41 years. Whether its the metadata-based service-oriented architecture part of SAS, or the micro-services based SAS Viya part -- both serve our customers with flexible and powerful options that allow them to gain The Power to Know out of the big data of today, as well as scale up and out for the streaming data of tomorrow.

As you might imagine, it's not possible to write one book that can provide a programmer with a deep and broad dive into everything that SAS offers -- especially when you start considering some of the solutions SAS has built based on our customer's feedback to address specific industry issues (like anti-money laundering, predictive asset maintenance, or utility load forecasting).

However, the book that I just published, Big Data Analytics with SAS, gives new programmers one of the best overviews of the power that lies within the foundation of the SAS programming language, along with providing experienced programmers who don't know SAS a guide that will allow them to quickly learn it. The book also explains how the SAS platform is designed to allow the analysis of big data analytics to happen at scale.

I hope you'll check it out! Readers can make use of the free SAS University Edition and use SAS Studio and Ipython Juypter Notebook as the interfaces to program in SAS.