Will the IoT live up to the hype? Yes. A most resounding YES. In fact, it will exceed the hype, because we don't even know all the IoT possibilities yet. We don’t know what we don’t know, and that lack of imagination limits even our hype. 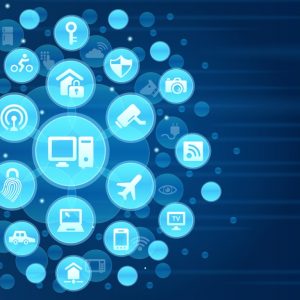 Where we are with the IoT today

A quick assessment of the current state of the IoT should start with a comparison to where the PC was in the 1980s – in short, there were no standards. You might remember what it was like to configure devices for early PCs; each device had its own interface and dedicated port. Today I can simply connect nearly everything via USB to my docking station and right now have connected: two monitors, a keyboard, two mice, speakers, headphones with mic, external CD/DVD drive, external hard drive, and a flash drive.

These all used to have their own dedicated port and interface type, the vestiges of which can still be seen on the back of the PC or docking station. On top of that, whenever I plug in a new device, it not only has a common interface, it already speaks the common language needed to be recognized and validated. Is this a great planet, or what?

Similarly, the IoT needs standards to move forward, and we're not there yet; we're not even particularly close. The lack of standards for connectivity, device management, communication protocols and data formats is preventing the real value-add conversations from taking place, and in many cases they never even get started. IoT connectivity is currently being addressed via brute force – custom adapters and translators – and overall success is still gauged by the not trivial (but not value-add either) efforts to connect different devices and data sources.

The connectivity problem is further exacerbated by the same issues which plagued the early PCs – proprietary interfaces – a frustrating scenario for those working further downstream with the analytics and the business problems. They want to get beyond just connecting and into doing valuable work with all that IoT data.

The standards are coming, but as we saw with the PC and other IT technologies, it won’t be a simple case of agreeing to a single standard for connections, data or protocols. Moving forward there will be entirely new architectures introduced that both consolidate the menagerie and also completely change the nature of that connectivity.

If the IoT relies on the same server-centric IT processes that are predominately used today, the IoT won’t go anywhere, or at least not anywhere fast. Fortunately, we're not limited to the current process. We also have event stream processing for IoT data, which makes use of the concept of “data in motion,” as opposed to the standard “data at rest” paradigm for most analytical processing. Rather than capturing, scoring and storing the data, and then running queries on that “static” data, event stream processing inverts the process and runs the streaming data through a static query.

Analytics at the edge

Another term used around this streaming process is “analytics at the edge,” the edge being the sensors and devices capturing the events at the source of the data. Rather than sending all the data back to a central server for processing -- after it’s been cataloged, indexed and stored in a particular format and database from which it must then be retrieved for further processing -- analytics at the edge pushes the analytic and computing power closer to the source of the data, allowing for faster analysis and action.

The closest most of us come to this in our daily lives is the ECM (engine/emissions/power/ignition control module) in our cars.  While it’s true that the ECM physically functions as a central processor, that’s not how it operates in practice. The ECM takes in sensor data from the engine, the emissions, the environment and the driver and processes it on the fly, adjusting the fuel/air mixture, advancing or retarding the timing, sending alerts (i.e. dashboard warning lights) and taking actions like cutting back or even cutting off the engine power when it senses a danger of overheating.

While most ECMs are primarily rules-based, even the older ones do presage event stream processing on the IoT by their ability to make minor adjustments, such as sensing the drift in the mean for ambient air temperature when you move from Vermont to Florida – it may take a month or so, but it will eventually adjust its operating parameters and tolerances to suit the warmer climate. ESP on the IoT is expected to do this for most everything it encounters – not just scoring and alert generation, but learning and adapting as well.

The hard part of analytics at the edge won't be the algorithms – it’ll be data management. Any experienced data scientist or analytics professional knows that they will spend at least half their time doing data prep, data quality checks and remediation, data integration, transformations, and other data management tasks. Whatever difficulties humans have in dealing with this centrally are only going to be compounded when attempted by machines at the edge. 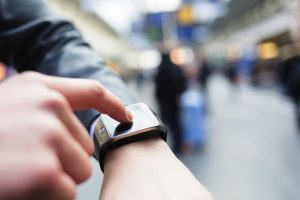 What will most likely kick the IoT into high gear is when it starts to directly impact our lives through health care and wearables. Your toaster talking to your refrigerator is pointless. And your home thermostat talking to your electric utility generates value mostly for the utility. But when health and body measurement devices, whether it's a Fitbit or a pacemaker, start talking to your doctor, well, that’s going to grab our attention.

This is where the unknown unknowns come into play. The advanced sensor technology is not there yet, nor is the wearable/implantable part, but we're headed in that direction: the collective real time monitoring of dozens of health indicators, including heart rate, blood pressure, respiration, temperature, weight, glucose, white blood count, hemoglobin and O2, stomach acids, cholesterol, drug/medicine dosages, kinetic data and accelerometers, brain waves, and a whole host of hormones. Add to that the environmental monitoring of the home and workplace for ozone, particulates, pollutants, allergens, carbon monoxide, carcinogens and other toxins, noise levels, radon, water quality and water borne pathogens, heavy metals, pesticides and insecticides. It boggles the mind.

All of these sensor inputs won’t go back to your family physician – hospitals / health centers, and local and state environmental and health programs will play a large role. The IoT is likely to grow via adjacency, by having a core group gain a level of expertise that can next be applied more broadly, expanding from healthcare and merging with other IoT applications in transportation, financial services and retail.

The IoT may seem like its growing by leaps and bounds with the proliferation of machine sensors, self-parking cars and personal devices, but it’s still quite limited by the connectivity problem. Once standards are in place, we’ll see real exponential growth in the IoT across all industries and applications -- and that’s not hype.