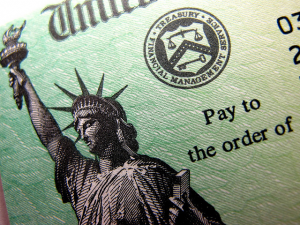 The US federal government has a $450 billion opportunity, but how can it begin to close the tax gap? [Image by Flickr user frankieleon]

Did you pay your taxes? From stiff penalties to even jail time, the federal government provides plenty of incentive for citizens to pay, but each year nearly one in five Americans do not pay on time. This leads to a more than $450 billion gap in unpaid taxes, creating a strain on government agencies to collect unpaid debts.

The same story plays out at the state level as well. State governments rely on tax revenue to fund government programs, but unpaid debts – along with fraud, waste and abuse of the tax system – lead to a shortfall in funds.

A new book from SAS, A Practical Guide to Analytics for Governments: Using Big Data for Good, looks at how state governments have used advanced analytics for the greater good. The stories in this book show how analytics have helped state and local government agencies improve government services, directly impacting the lives of citizens.

One chapter focuses on Carl Hammersburg, a former professional fraud buster for Washington State. He led data sharing and analytics efforts that doubled audits and tripled outcomes, earning awards from two successive governors. His story shows how rampant fraud is throughout government and how it can manifest in unexpected places.

“We all hear about analytics and ‘big data’ but not everyone truly understands it,” wrote Paula Henderson, SAS vice president for state and local government, in the book’s foreword. “This book makes the application of data and analytics tangible, and builds excitement about the possibilities.”

By recouping more lost tax revenue, the federal government would be able to better fund programs to help citizens. That includes, but is not limited to, health, defense, education and housing.

Advanced analytics can also help government officials spot trends in fraud, waste and abuse, along with better identifying the gaps in the system that allow this fraud to take place. As our book shows, advanced analytics can have a dramatic influence on people’s lives. 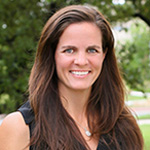 Marie Lowman has been making government more efficient with analytics for the better part of two decades, settling on, and never getting over, the fact that if we can do better, then we must do better. Throughout her career Marie has not only spoken, written, and thought extensively about governments doing better for their constituents, but she is also practicing it. As a three-term elected councilmember, and an appointed planning and zoning commissioner for more than five years, Marie practices what she preaches. She's seen firsthand how important government decisions are made and holds firm the belief that decisions impacting the community shouldn't be made on gut-feel alone. Useful, valuable data surrounds us and should be leveraged in our elected officials' decision making process.