An award-winning analytic application – the Footprint Identification Technique (FIT) – uses digital footprints of animals to identify these endangered species with at least 90 percent accuracy. The footprints can also identify 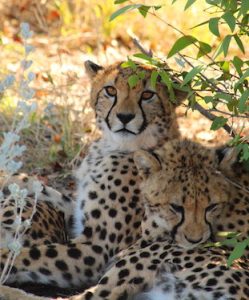 the sex and sometimes age-class. FIT runs on JMP® software from SAS, and its algorithms (validated by graduate students at Duke University) have been developed for 15 different species, including the black rhino, white rhino, Bengal tiger, Amur tiger, Lowland and Baird’s tapirs and polar bear. This data has been collected to determine the numbers and distribution of species in their respective habitats so that conservation programs can be implemented. Without access to this data, it would be difficult for researchers to find a starting point to see exactly which species need to be monitored.

To further those efforts, WildTrack has launched a new global conservation crowdsourcing project to monitor endangered wildlife and address escalating human-wildlife conflicts. ConservationFIT.org is the nonprofit’s new portal for zoos, sanctuaries, field biologists, trackers and citizen scientists to contribute data that can be used to monitor and protect the planet’s most at-risk animals. The project was unveiled May 22 in connection with the United Nations 2017 International Day for Biological Diversity.

Having reliable data on species’ numbers and distributions is fundamental to wildlife conservation. But it’s not easy to collect, particularly for elusive and endangered species. Spotting these animals’ footprints is much easier than locating the animals themselves. ConservationFIT allows WildTrack to reach out to millions of people worldwide who carry smartphones or fly drones for help in collecting these data.

Anyone who spots animal tracks can upload images – even if they’re unsure what species made them. Since volumes of complex and multilayered data in the form of animals, trails and footprints will be received, ConservationFIT is working with SAS R&D folks to develop and implement automated filtering systems to increase the speed and accuracy of image data management.

Initially, the ConservationFIT team will focus their identification and mapping efforts on three endangered species of big cats: jaguars in the Americas, snow leopards in Asia, and cheetahs in Africa and the Middle East. Additional species and locations will be added to the ConservationFIT site in the future.

As a leader in corporate social responsibility, SAS is no stranger to using data to aid in conservation efforts. World Wildlife Fund relies on SAS to help maximize donations that build a future where people can live in harmony with nature. And SAS helps the Royal Society for the Protection of Birds safeguard wildlife by managing data across 200 nature reserves and analyzing data to develop conservation solutions that protect endangered birds. These efforts are among the many ways SAS is committed to using data to make a difference in the world. As part of the global Data for Good community, SAS uses analytics to target many humanitarian issues beyond just conservation – including poverty, health, human rights and education.