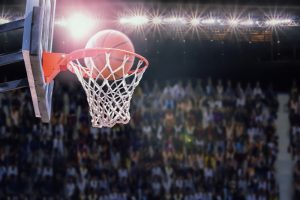 The second round of the 2017 NCAA Men’s Basketball Tournament was an interesting one. Eight-seeded Wisconsin took out the reigning champion Wildcats, despite pundit predictions that Villanova could go all the way again. South Carolina, 24-10 in the SEC during the regular season, upset perennial favorite Duke by seven points. Brackets were busted.

Could anyone have predicted this uncertainty as the Big Dance moves closer to Phoenix for the Final Four? Yes -- with analytics.

Professors B. Jay Coleman of the University of North Florida, and Allen Lynch of Mercer University, along with Mike DuMond of Economists Incorporated, predicted the field of 64 with perfect accuracy. More notably, they did so without watching a single basketball game the entire season.

“We used an ‘unbiased’ version of our model to make the predictions, meaning that there were no factors built in for favoring certain conferences, or favoring teams with representation on the committee,” said Coleman.

Unlike many sports analytics pundits, their accurate predictions were finished in seconds, and complete using only seven pieces of information about each team in contention.

The “Dance Card” formula, powered by SAS analytics, forecasts which teams will receive at-large bids on Selection Sunday, 36 in total. By removing opinions out of the equation (literally), analytics uses the data from seven factors of a contender, each specifically weighted by the formula created.

Using the Dance Card, Coleman, Lynch and DuMond have now correctly predicted 209 of 218 at-large bids over the last six years combined – an impressive 96 percent accuracy to the Selection Committee.

Coleman noted that the gap is usually much smaller, and the fact that the projections were proven perfect serves as a validation of the Dance Card’s efficacy.

For the creators, the fun of the model is that it out-predicts so many others. This year, the Dance Card one-upped ESPN Bracketologist, Joe Lunardi of ESPN. He missed a perfect score by one. “That’s maybe the coolest thing to me,” says Coleman.

While the formula is reserved for the tournament bids, a watchful eye is kept on the outcome of March and early April. For fun, Coleman used the Dance Card to fill out his own bracket per the suggestion of a local Florida reporter.

He’s pretty pleased with the results: “As of right now, it’s doing as well or better than 89.5 percent of the 19 million brackets in the ESPN bracket contest. So, not too bad after all!”

For more on the Dance Card, analytics and college basketball, tune in to Coleman’s presentation live-streamed from SAS Global Forum (just in time for the National Championship Game on April 3!). 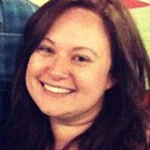