With the first debate between the two candidates behind us and the culmination of the US presidential election drawing near, who wouldn’t love to predict the winner? I don't have a crystal ball, but I do have the power of unstructured text analytics at my fingertips.

With the help of some good public data in the form of primary debate transcripts from the American Presidency Project and your input, I can tell you whether you’re likely to vote democratic or republican. Put my analytical powers to the test -- select your "hot button" issues from the two columns below:

Mostly column A – Your concerns were discussed in the republican primary debates and my prediction is that you’ll vote republican.

Mostly column B – Your concerns were discussed in the democratic primary debates and my prediction is that you’ll vote democratic.

I don’t have ESP and nothing up my sleeve. My secret is SAS Contextual Analysis. Given the transcripts from the democratic and republican presidential primary debates, SAS Contextual Analysis provided the most prevalent topics mentioned in each set of documents. I also saw the context in which those topics were mentioned and compared them visually with term maps. See, for example, the following images for how the term “immigration” was used in different contexts by democratic and republican primary debate participants. 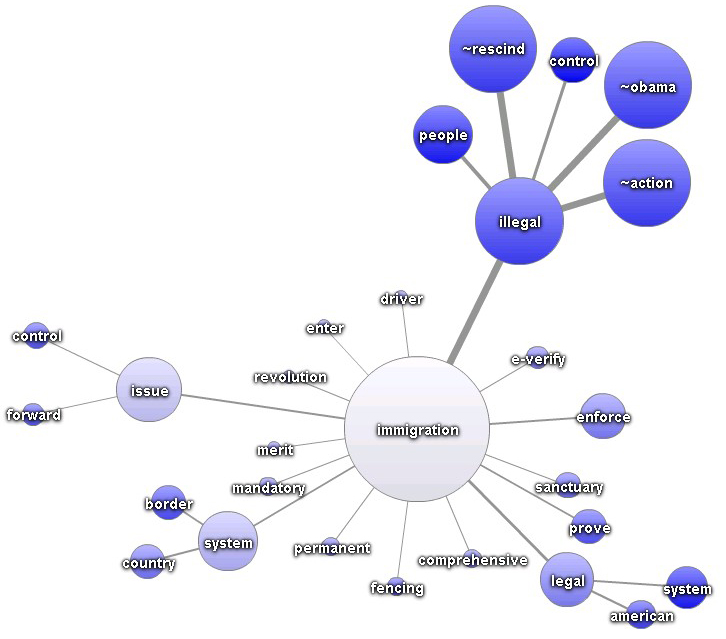 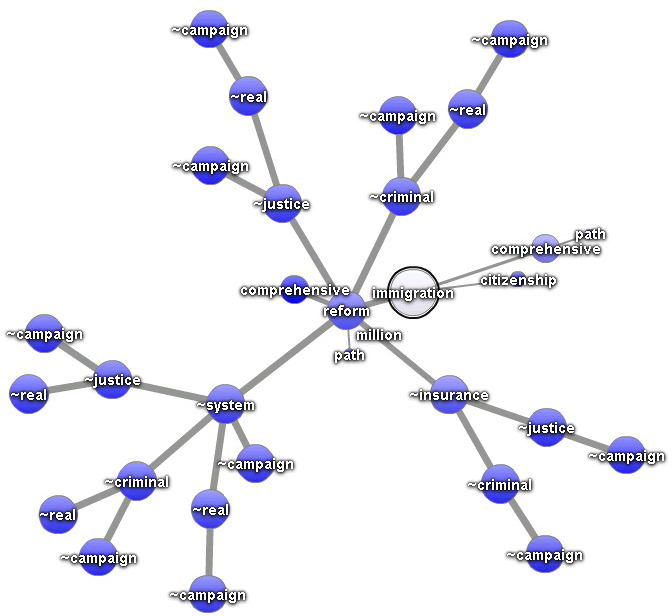 Can you guess which term map came from which party’s debates?

For political junkies like me, the findings fit in pretty well with partisan talking points. So, the value of this exercise is validation. But imagine applying the power of unstructured text analytics to an area not trumpeted daily on cable news! Being able to analyze unstructured text can be a powerful tool for decision making, and not just by 2016 voters, but by organizations for their “hot button” issues throughout the year.

Biljana is a Senior Program Manager in the Text Analytics group at SAS. She holds two Master’s degrees, in English as a Second Language and Slavic Linguistics, as well as a Ph.D. in Instructional Technology. She enjoys research and writing and has had several articles published in peer-reviewed journals in the fields of computer-assisted language learning, linguistics, and higher education. Biljana considers herself a life-long learner, likes to challenge herself, and finds new experiences exciting. Outside of SAS, she enjoys traveling, playing music, teaching/learning languages, and spending time with family and friends.