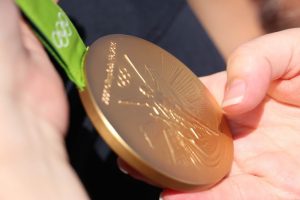 Great Britain's men's eight rowing team won gold in Rio to reclaim the Olympic title for the first time since 2000.

When you read people’s stories of winning Olympic medals, they often fall into cliché. It's hard not to. In my experience, the nerves, the expectations, the emotions are all heightened beyond what I've ever experienced, so it becomes necessary to use all the hyperbole at your disposal. That said, winning gold felt more muted than I imagined it would.

Please don't misunderstand me. Everything up to winning was more exaggerated, volatile and exciting than anything else in my life up to that point. In the days preceding the final, I went from being silent and morose to loud and optimistic following a single training session. I challenged our chief coach about changes to the boat; I was sure we would lose given the wrong weather conditions; and I was certain we would win after doing a short practice piece.

In the hours before the final, I used every trick to try and calm nerves that threatened to overflow and wash me away with them. Even writing this now, I can feel my jaw clench and my arms start to shake. In the seconds before, the realisation that in five minutes this single goal I had trained for four years would be over, battled to be a comfort and a torture, crushing all other considerations in their path.

See? It's very hard not to revert to cliché.

Following the race, I was determined that I would not be overtaken by what I felt. Exhaustion mixed with disbelief mixed with joy is potent -- I had to keep pushing back the loud and ravenous emotions for fear of breaking down. The advantage is I remained composed. The disadvantage is that I feel almost cheated because I didn't totally abandon myself to the maelstrom of emotion. Instead, I muted the experience somewhat. In the years to come, maybe I'll be proud of that, maybe I'll be upset; time will tell.

As we begin building towards Tokyo 2020, again pushing young men and women to be the best in the world, it's our job to prepare them for what they'll face. Emotional drum beating is not preparation (although it is cathartic). The partnership between SAS and the British Rowing team has the potential to learn which variables we can control in rowing and how we can best optimise them. In my opinion, that's all we can hope to do.

British Rowing is known as running a demanding, high-performance training program for the four years leading up to the Games. Three sessions a day, seven days a week (including holidays) alongside your immediate competition becomes the norm. This constant physical and mental pressure prepares you to compete on the biggest stage in the world. As an athlete, making large changes in this environment is challenging. Often your only thought is to survive the next week, day or session. This survival mindset is heightened when you're training after illness or injury and still expected to produce gold medal standard performances.

The language of marginal gains has become increasingly prevalent in sports. Doubtless because of the realisation that athletes already straining every fibre in their body toward a goal can’t change a great deal. Marginal gains are, by their nature, marginal and often hard to find and evidence. By the same measure, ineffective ideas which are considered to have some small advantage are equally difficult to debunk and therefore can waste resources.

Rowing, like many areas of life, has the potential to avoid these pitfalls by looking at what we can learn from the past. Rowing has one massive advantage in this field: It's hugely repetitive. As sensors become more accurate and cheaper and easier to deploy, we can collect vast reams of data. What we need is continual and effective analysis of it. Behind the scenes, better analysis of the daily training and performance data has the potential to increase the rate of physical and technical improvement and, at the same time, reduce injury and illness. Collecting historical weather data and using it to forecast expected race day conditions gives us the chance to practice in appropriate conditions wherever possible and not be caught off guard when it matters most.

Rowing likes to think of itself as impossible to analyse. I beg to differ, and I think that SAS and British Rowing might be the organisations to do it.

Find out more about SAS’ partnership with British Rowing. 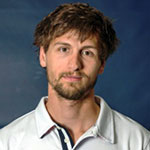 Paul Bennett is a member of the GB Rowing Team and a current world champion. He was part of the men's eight at the 2015 World Cup in Varese, taking gold to beat European champions Germany. Paul raced in the men's eight again at the final World Cup event in Lucerne, again holding off Germany to take gold. He attended Oxford University and was victorious in the 2013 Boat Race. He has an interest in data science and is excited about how data and analytics can help make the boat go faster.