There’s been an uptick recently in corporations working together to improve patient experiences and even saves lives. From the recent buzz about drug developers coming together to combat Alzheimer’s, to health systems opening data to researchers, companies realize that partnering just might produce the greatest impact.

As highlighted in Dignity Health demonstrates the power of advanced analytics at HIMSS16, Dignity Health, the fifth largest health system in the nation, and SAS, the world’s largest privately held software company, have teamed since 2014 to use analytics to improve health care delivery.

A focal area for Dignity and SAS is reducing the 65 percent sepsis mortality rate and length of stay in the ICU. Sepsis, which is defined as “the presence in tissues of harmful bacteria and their toxins, typically through infection of a wound,” is not only deadly, but it is the costliest condition billed to Medicare.

While it is impossible to eliminate sepsis mortality, health systems that make an effort have been able to drastically reduce it. Reducing it not only saves lives, but it also improves operational costs.

Dignity has established a sepsis bio-surveillance program that involves a monitoring and reporting application. Through automated alerts, the application notifies nurses and providers so they can quickly identify and deliver life-saving protocols for patients who are in decline or who show symptoms of potential infection. 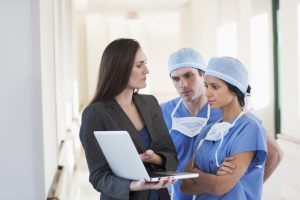 To start, the program was piloted at 16 facilities and on average, 69,000 lives a month were monitored. It has now been rolled out to more than 30 hospitals, and performance is monitored across the Dignity hospital system. To date, more than 1 million patients have been or are being tracked. There are weekly reviews of key performance indicators including nurse and provider response times, compliance with medical regulations and variation in patient care.

Initial program objectives are to save a minimum of 400 lives per year and to reduce length of stay in the ICU by 10 percent.

Initial results from the pilot are impressive. During the program’s initial rollout:

Dramatic improvements in the identification, diagnosis and treatment of sepsis are anticipated as a result of the full project.

Henry Ford once said, “Coming together is a beginning; keeping together is progress; working together is success.” By combining Dignity’s health care industry expertise and SAS’ guidance in analytics, the joint team predicts even further improvements in patient safety and outcomes, which is the ultimate measure of success.

For more details on the program and its results, see Using Analytics to Combat Sepsis in Patient Safety & Quality Healthcare (PSQH). 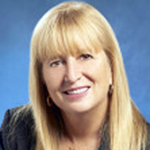 Paula leads the presales, industry solutions, implementation and delivery teams for SAS’ Health and Life Sciences solutions portfolio across pharmaceutical, health care, and health provider industries. Her organization is responsible for successful customer engagements including enterprise and industry solutions, technical architecture, implementation and advisory services. Prior to joining SAS more than 13 years ago, Paula served as president and CEO of InTechnology Corporation, a venture-backed strategy management and technology consulting company.