Shocking headlines to start the new year: Paul DePodesta is leaving the New York Mets and Major League Baseball (MLB) to take a top office position at the Cleveland Browns of the National Football League (NFL).

Not so shocked? You don’t care? Who’s Paul De Podesta? Well for those of you who don’t go all übergeeky over baseball statistics, Paul is the guy played by Jonas Hill in the film Moneyball (he was Brad Pitt’s top analyst). Check this out:

I get goosebumps on this quote EVERY SINGLE TIME: “People are overlooked for a variety of biased reasons and perceived flaws: Age, appearance, personality. Bill James and mathematics cut right through that.” (Ok, I confess, I’m partial to melodrama, sue me).

But now Paul DePodesta is defecting. He’s leaving behind the clear statistics and discrete events of MLB to join the brutish, and more-difficult-to-quantify real value realm of the NFL. Is that betraying his past? Is he a Judas? Like Bob Dylan when he went electric?

I don’t think so. Along with collecting a healthy new paycheck, Paul DePodesta will be a prophet (of sorts) spreading the word in a new land.

And I can tell you, it’s a land that needs help…big time!

So let’s just take it as a given that like professional baseball (where nearly every team now has a statistics team crunching the numbers), the arms race to build up analytic competency in the NFL will initially allow some teams to find previously untapped value in emerging player profiles. By securing one of the best, the Cleveland Browns should be one of the first teams to reap such benefits. 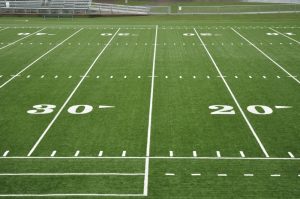 But I’m even more interested in what analytics can do for the players themselves, and their safety. A quick disclaimer: I’m an American living in Europe and have long since betrayed the NFL for "the real football" (i.e. soccer). Most players in an NFL game only touch the ball with their hands, how can you call that football?

That said, I still have the greatest respect for the NFL players, who are modern-day gladiators. Injuries are part of the daily NFL grind. And I’m not simply talking broken thumbs or even broken legs. According to a recent study, a stunning 97 percent of NFL players finish their careers with permanent brain damage. Repeated heavy concussions are one of the key causes.

So begins my plea to Paul DePodesta to use analytics to benefit the players, and subsequently the teams and the league. Fortunately, the NFL is already using data to confront these alarming facts. Initial efforts to make the sport safer have produced encouraging results, reducing the number of concussions by 35 percent since 2012. We need more of that and the teams should be leading the way.

Outside of sports, analytics are already playing a huge role in health care and human resources management. Why not try to cross-pollenate these domains to produce tangible solutions for protecting the modern gladiators of the gridiron! NFL teams will look deep into the data for the win/win of better player health and better performance on the field. Hopefully Paul DePodesta, with his considerable skill, can make a shining example of the Cleveland Browns.

Learn more about sports analytics and discover how teams use statistics from the front office to the field. 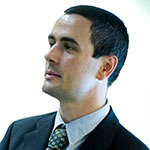