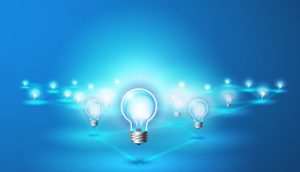 A successful energy savings program is a good thing for utilities, right? The truth is, that success can result in unintended consequences.

One of our utility customers shared this example with me recently: "Let’s say we offer a free LED light bulb to every customer, and everyone removes an old bulb that used 75 watts and replaces it with the new bulb that only uses 15 watts. That's great, right? Think about the how much electricity that would save just in one city!"

But he went on to explain, that while customers may be happy because they save a little bit on their bill now, the utility has less overall revenue, which may cause them to ask for a rate increase, which may wipe out their customers' savings -- and result in unhappy customers.

And what about all the decisions and plans that were based on forecasts created prior to the new light bulb program? Suddenly the new gas-powered electric plant that was planned to meet forecasted demand is no longer needed. "The ripple effects from something as simple as an LED promotion program can quickly snowball into bigger more complex issues that impact city planning, taxes, legislation, and ultimately the economy," said the utility exec.

All of which shows how analytics is an imperative for utilities. Using advanced analytics they can perform "what if" analysis and/or stress tests to provide decision makers with a much clearer picture of the future and the best way to mitigate risks.

In the case of the LED promo program above, the utility could've run a predictive model to project how many people might respond to the bulb promotion, and then run new forecasts based on decreased future demand. The new forecasts could then help drive the decision to build a smaller new plant -- or postpone construction. Analytics could also be used to target the right number of customers for the LED program each year in order to produce a more stable or reliable demand, which would then produce better forecasts -- which would ultimately lead to better operations and higher customer satisfaction.

Think I'm just blowing smoke (fewer coal-powered plants = less smoke 🙂 about the value of analytics to utility companies? By using SAS analytics, one utility company was able to segment or "group" all of their customers based on behavior and their different energy usage, which helped them derive better cost strategies. Another utility company needed to get higher response rates from their marketing campaigns. By using SAS analytics, they were able to target the right customer with the best offer at the right time via the right channel; they increased their response rates by an average of 27 percent across all of their campaigns.

Interested in learning more about how SAS analytics can help utilities? SAS will be supporting our partners at the Distributech conference and exhibition in Orlando, FL February 9-10, 2016. If you're there, stop by to check out our latest energy innovations in the Intel booth #1055 and OSIsoft booth #808.

If you attend Distributech, mark your calendars for Tuesday, February 9th 2016 from 1 pm to 2:30 pm; Room: W311GH for "What Can a Regulated Electric Utility Learn from Moneyball?" with Lee Krevat from Sempra US Gas & Power.