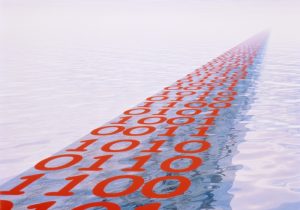 I hope by now you’ve seen the movie “The Imitation Game” with Benedict Cumberbatch and Keira Knightley. It’s the true story of Alan Turing, whom many consider to be the father of the modern-day computer and the discipline of computer science.

Turing’s innovation (and the movie) takes place in early 1940’s London during the Nazi domination of Western Europe and the Atlantic. The Germans were killing three allies every 15 seconds in the early years of the war.

Like all military organizations, the Germans were communicating military instructions via coded messages. These messages were sent and received by a code machine nicknamed “The Enigma.” The Enigma codes changed every 24 hours. While the Allies were able to intercept all German messages, they couldn’t decrypt them, thus rendering the messages useless.

The inability to decipher German messages was preventing the Allies from gaining any military intelligence -- and that was costing them the war.

It was Turing who developed the first modern mechanized computer (nicknamed “The Bombe” after the Polish “bomba kryptologicxna”) to process all of the Enigma code combinations. But it had limited processing capabilities, and even Turing’s computer couldn’t compute fast enough to unravel the daily Enigma mystery.

Today, our smart phones have 10x more processing capabilities than Turing’s Bombe. But luckily, one code scientist discovered that every German message was required to end with “Heil Hitler.” That gave Turing’s team a specific string of text that they could use as a key to mine the military messages and thus decipher the daily codes. Once Turing’s team had this key, they were able to mine the text of all the German Enigma coded messages in a matter of minutes/hours and decipher all German messages for that day.

It’s been estimated that Turing’s invention shortened the war by two to four years thus saving millions of Allied, as well as Axis, lives. But no one was even aware of this for years. Turing’s computer and text mining solution was kept a secret. Many of the “old school” military minds frowned on Turing’s thinking.  They couldn’t see the bigger technology picture and thus was were against his new way of solving a problem. We have to study and know our past and understand our present in order to boldly embrace the unknown of the future.

If Turing had given up, who knows what direction the war might have taken? The heroes of Bletchley Park were saving lives and ending a world war!  How are you using text mining today and what insight are you gleaning from it?  Do you know your past?  More importantly are you embracing your future and thinking outside the box?

Learn more with this TDWI checklist for getting started with text analytics. 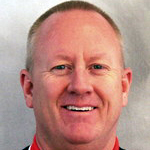 John is a Solution Architect and member of the Enterprise Architecture team. John has worked at SAS for over 25 years always serving in a technical role either in technical support, as the lead for solution design or in the customer facing field of consulting.