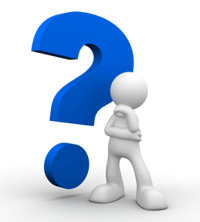 Models work via a three-part structure:  Input, Mechanism, and Output.  When we use models, we are generally confident in only two of the three stages, and we use the process to determine the unknown stage.

The most familiar construction is where we know, or have confidence in, our inputs and our mechanism (the mechanism being the rules or algorithm that generates output from inputs), which we call “prediction”.  We use this structure to predict, or forecast, a wide variety of outputs, from tomorrow’s weather to next month’s sales to next year’s election.

But prediction is not the only available model structure.  Operating in reverse, when we are confident in our outputs and our mechanism, but not our inputs, is “retro-diction” or “post-diction”.    Instead of asking ‘what will happen?’, this process asks, ‘what sort of inputs could have generated the observed output?’  We use this formulation regularly when we do root cause or failure analysis.  In the sciences this structure is commonly employed to discover the possible causes of diseases, or to understand the conditions that might have led to the last ice age or extinction event.

The final model configuration, where we have confidence in both our inputs and outputs, but not in our intervening mechanism, is called “explanation”.  What possible mechanism could get us from state A to state B?  In the sciences we are always asking what-if questions probing into the structure of plausible mechanisms.

“Explanation” is the model structure we generally have in mind when we ask “why”?  Why is the sky blue? (what is the mechanism by which sunlight is differentially scattered?).  Why are only certain people resistant to a particular disease?  In the social sciences we might ask what mechanisms impact scholastic achievement?  In business we might first ask why a certain demographic has different commercial outcomes from another, so that we can later use that more accurate mechanism for predictive purposes.

Each of these modes, however, has its limitations.  Forecasts are only as good as the model they are built on. If you are a Weather Channel junkie you know that they use several different models to predict the paths and severity of winter storms and summer hurricanes, knowing that some models will work better than others in certain situations. And your forecast is of course dependent on the quality of the input data used.  The field of chaos theory famously grew out of an unintended truncation error in an early weather forecasting model, where dropping the third digit after the decimal point resulted in drastically different results in a matter of just a few days of forecast simulation.

I have already hinted at the primary limitations surrounding retro-diction and explanation – that there can be, and often are, more than one set of inputs, or more than one model, that could give rise to any specified output.  The difference between “necessary” and “sufficient”.

Is that all you can do with models?  Far from it.  There are many other valuable consequences of modeling beyond the Big Three:

Most importantly, models can be the key to developing an analytic, data-driven culture.  When people see that their assumptions must be made explicit and will be questioned, tested and challenged, you are taking a necessary step in instilling the discipline required to become both a more agile and more creative organization.  It’s not any particular model or technique, it’s about the entire modeling enterprise and the analytic habits it encourages.

While it is true that we are all modelers, we no longer have to go it alone.  We have at our disposal a set of powerful analytic tools to augment the model building of our minds, from data quality to data transformation and management, to rapid model prototyping and deployment, to the visualization of output for insight.  Every part of the process but one can now reside outside the confines of our limited cranial capacity – the analytic, model-building discipline, and the imagination to apply it, is ours alone to nourish and grow.