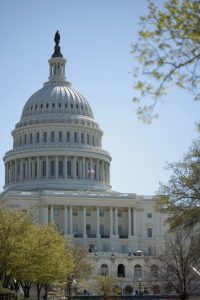 With the recent introduction of the Protecting American Talent and Entrepreneurship (PATENT Act), the US Senate set aside partisan politics to take on a problem that plagues all industries, but especially high-tech.

In front of Congress, in the media and in a previous blog post, I have decried the current patent litigation landscape in the US. Simply put, patent trolls produce nothing, employ practically no one, and yet they threaten US innovation and economic growth.

The number of patent lawsuits is at historic levels, and promising to increase again in 2015. According to United for Patent Reform, an organization of like-minded companies and trade association of which SAS is a member, “The number of patent lawsuits filed in the first quarter of 2015 was up 30% over the number filed in the fourth quarter of 2014. The percentage of those suits filed by patent trolls was also higher in this quarter than in the last (62% vs. 57%).”

Having been the target of such wasteful and frivolous suits, SAS is on the front lines of the battle both in the courts, and in the legislatures seeking a solution to this legalized extortion. I applaud the senators who have taken up this fight.

The introduction of this legislation demonstrates their leadership in the complex and critical area of patent reform. The bill attempts to protect defendants and consumers from frivolous and damaging lawsuits by clarifying the litigation process, increasing transparency and adding more risk for the plaintiffs, while recognizing concerns raised by other patent stakeholders. The proposed changes will make great strides in protecting American job creators from patent trolls while reaffirming America’s commitment to innovation, entrepreneurship and consumer welfare.

Now that there is meaningful legislation pending in both the Senate and the House of Representatives, I encourage Congress to act quickly in moving the legislation forward to bring common sense back to patent litigation. 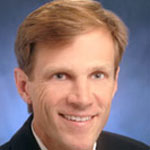 John Boswell is responsible for legal services and contract administration worldwide for SAS. In that role he leads a group of over 40 attorneys and 220 staff members globally. He is also responsible for the Government Affairs, Enterprise Negotiation and Risk departments at SAS. As a member of the SAS Executive Committee, John helps set policy for the company. His career at SAS began in 1991 as a Senior Marketing Counsel. In that role, he led domestic and international sales negotiations and authored most of the company's standard license agreements.