Some things are just common sense, and having common academic standards for all states is one of those things. In a national milestone event, 45 states and the District of Columbia recently coalesced around a common set of standards for math and English/language arts. The process did not happen overnight, and there were many detours and roadblocks along the way. Nevertheless, this year states began to implement the new Common Core State Standards (CCSS) and classrooms are beginning to change for the better.

Change is never easy. Although some resistance to the CCSS was expected, we are now seeing more organized efforts to block the implementation of the standards. Several groups are either misinformed or intentionally misleading the public about the process used to develop the standards, the organizations that initiated this effort and the standards themselves. In response, I would like to debunk several of these myths about the Common Core State Standards.

Myth No. 1:  The CCSS is a national curriculum.

Fact: The CCSS is NOT curriculum. It is a set of standards … a framework for teaching and learning. The curriculum - learning activities, lesson plans, teaching materials - will be developed by each state based on each state’s preference. Schools will base their teaching on the standards by selecting lessons and learning strategies that meet their individual needs while ensuring that students demonstrate an understanding of the standards. This approach will lead to more consistent quality of teaching, student learning and equitable accountability across all states.

Myth No. 2: The CCSS effort was started by the federal government in an attempt to force every state to teach the same concepts in exactly the same way. This is federal intrusion on states’ rights and parental rights.

Fact: The federal government did not start this effort. In fact, the National Governors Association (NGA) and the Council of Chief State School Officers (CCSSO) led the effort. Both organizations are nonpartisan and their members come from state agencies. The federal government was not involved at ANY level in the development of the standards. The states initiated the effort as a means to address the problem of inconsistency in what students were learning and when they were learning it. This inconsistency has become a serious problem in our mobile society in which families frequently move from one state to another. Since some states standards were weaker than others, learning expectations and outcomes varied from state to state.

Myth No. 3: States must sign on to the CCSS in order to get federal funding.

Fact: Federal grants do not require endorsement of the CCSS. The recent Race to the Top grants gave 40 points out of a possible 500 if states documented that they were implementing standards that were internationally benchmarked and would prepare students for college and career.

Myth No. 4: The standards are less rigorous than those we now have; they are mediocre and were created without input from teachers.

Fact: The CCSS were developed collaboratively with input from teachers, school administrators, university faculty and state curriculum leaders. The community at-large had several opportunities to provide input during comment periods when the draft standards were posted on the Web. The final draft was vetted by a committee of experts in the field. There is a growing list of local, state and national organizations that support the standards, including the U.S. Chamber of Commerce, the Business Roundtable, the College Board, the American Statistical Association, the U.S. Army and many more. A host of leading corporations have also signed a letter of support for the CCSS.

Myth No. 5: Students will be learning “fuzzy math” and offbeat methods for computation. They won’t take algebra until ninth grade, which leaves no time for advanced math courses required by universities.

Fact: The traditional math pathway in the United States requires students to take Algebra 1 in eighth or ninth grade, then geometry and then Algebra II. The United States is one of the only industrialized countries in the world that segments courses in this way. Other countries teach “math” by integrating algebra and geometry concepts throughout the middle and high school years. Since the CCSS are internationally benchmarked, algebra and geometry concepts are now integrated in the lower grades, especially grades six and seven.  Students will dive deeper into the concepts and have more opportunities to apply what they have learned. North Carolina and many other states are aligning with the rest of the world by calling the newly developed courses Math I, Math II and Math III. Since students may begin this sequence when they are ready, they will have the time they need to take more advanced math courses. This approach aligns with programs in other countries that currently surpass the US on international assessments.

Myth No. 6: Students will be reading more “informational texts” and will have less time to read classical literature.

Fact: Schools have a great deal of choice as to what students will read. CCSS focuses on reading for different purposes and comprehending texts with a wide range of complexity. Informational texts are included as only one part of a much larger body of literature. Teachers are provided with lists of books that include many of the classics traditionally included in text books. Each district has the freedom to consider these examples, but the list is not exhaustive and it is up to the districts to determine what they teach.

Myth No. 7: Our state standards are just fine. There is no reason to have shared standards.

Fact: Currently, states have no valid means to compare their performance with other states. According to the American Institutes for Research, the difference between standards in states with the most rigorous standards and those with the lowest standards can be as much as four grade levels. This is a serious problem that plagues our education system and limits our ability to compete internationally.  Once students are all taking the same assessments based on shared standards, it will eliminate the apparent inconsistencies of higher scores on state-authored tests. For example, NC students did almost 40 percent better on the state math test than they did on the National Assessment of Educational Progress (NAEP). CCSS will pull back the curtain and tell us how we are really doing in comparison to other states and other countries. Reality and transparency are important steps to improving our education system.

Why this is important

The world economy is becoming much more connected and competitive. Our children deserve to be as prepared as other country’s children, so they can compete for well-paying jobs as adults. The United States is at a very critical moment in history. We must do all we can to ensure our schools are preparing our future generations to compete against the world’s best and brightest. CCSS is a major step in the right direction to help us accomplish this goal.

We can all do our community a service by spreading the facts about CCSS, rather than the rumors and misinformation currently circulating in blogs, email, Twitter and print media. Please join the “corps” of citizens who are supporting this effort to improve our education system. You can start by talking to your neighbor!

Become an advocate today by sharing these useful CCSS resources for parents, educators and businesses. 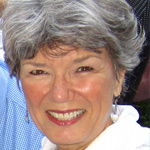 
Caroline McCullen is the Director of Education Initiatives at SAS Institute. As a Former National Technology Teacher of the Year, she continues to pursue her greatest passions: supporting activities and organizations that inspire excellence in education and helping schools harness innovative uses of technology to engage students and improve instruction. Her most recent projects focus on science, technology engineering, and mathematics (STEM). She continues to work with the SAS Programming for High School course, the Triangle High Five Math Collaborative, and other activities related to excellence in math and technology. She serves on the advisory boards of numerous education organizations, such as the NC Science, Technology and Math Center; Public School Forum; NC Center for After-School Programs; the Governor’s Talent and Workforce Development Committee; and Wake Education Partnership. She holds a B.A. in English with a minor in education from Florida State University and a M.S. in Teaching English to Speakers of Other Languages (TESOL) with a focus on technology from Nova Southeastern University, but she continues to learn every day from teachers and students as they use technology to innovate.