Recently, I was able to spend a morning with a group of analytics executives at the SAS Power Series in Chicago. I enjoyed it a lot because instead of pontificating about analytics to them, I got to hear about their challenges and approaches in a workshop format.

There were a number of interesting topics discussed, but I came away with one big idea: the power of the analytics catalyst. If you want to get analytics and fact-based decision-making going in your organization, hire an experienced analytical executive to catalyze your efforts. These are people who know business, know analytics, and know how to get things moving in organizations through trusting relationships and rapid, reliable delivery. 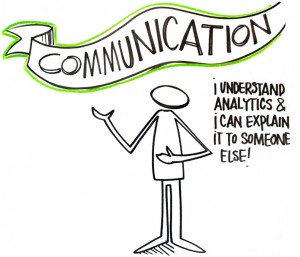 Two catalysts that were present at the workshop were Jayson Tipp of Redbox and Bruce Bedford of Oberweis Dairy.  I had met Tipp before; he’s the VP of Analytics and CRM at the DVD distributor Redbox, and previously held analytical jobs or consulted with retailers such as Starbucks, The Gap, and Omaha Steaks, and financial services firms such as Schwab and Fidelity. He has a passion for introducing analytics to organizations that weren’t previously analytical.

At Redbox, Tipp has been working on how the company can use analytics to continue its fast pace of growth. Redbox doesn’t have a loyalty program, but it does have email addresses for many of its customers. An initial set of offers to customers focused on getting them to simply try a DVD rental from Redbox kiosks. However, Tipp and his colleagues worked with the organization to try other types of offers. The analysts concluded that Redbox’s profitability might be enhanced more by offers that encouraged established customers to rent more than one DVD at a time, and Redbox is now sending them to customers with considerable success. 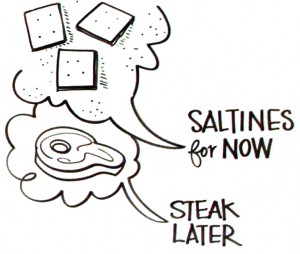 One of Tipp’s more interesting philosophies is the idea of offering “analytical saltines” to the organization. A full customer data warehouse and analytical infrastructure may not be available for a while, but there are smaller analyses that analysts and the IT organization can do in the short run on available datasets. “To someone stranded on a desert island, just some saltines can taste like steak. We want to eventually provide the steak, but for now we can at least make some saltines available.”

In short, it’s clear that Tipp’s presence at Redbox has accelerated the flow of analytics. It's reasonable to guess that the CEO of Coinstar (the corporate parent of Redbox) —who had worked with Tipp at Starbucks—knew what he could do as a catalyst. It takes a receptive culture and management team for an analytical catalyst to really make a difference.

Evidence of an analytical catalyst

Other than their common headquarters locations in the Chicago area, Redbox wouldn’t seem to have a lot in common with Oberweis Dairy, a family-owned company that owns and franchises dairy stores in Chicago and other Midwestern cities, and also offers home delivery and grocery store sales. Their ice cream is reputed to be delicious, though Bruce Bedford, their czar of marketing analytics, didn’t bring any to the workshop (well, it was a breakfast meeting). He did bring evidence, however, that he is an analytical catalyst.

Bedford started at Oberweis as Vice President of Marketing Analytics and Consumer Insight, but he has rapidly moved up to the role of VP of Marketing. With a Ph.D. in engineering and a background in the telecom industry, he’s got the analytical chops to help any organization compete on analytics. But would a family-owned dairy business actually aspire to deep analytical capabilities?

You bet. Bedford has helped Oberweis move rapidly into the Age of Analytics. The company has already successfully pursued a variety of analytical initiatives. Bedford and his associates demonstrated, for example, that promotions on Oberweis products in grocery stores would lift sales dramatically—by sevenfold, it turned out—without cannibalizing sales through other channels. Another cross-channel analytics project found that dairy store sales receipts and loyalty card information could together yield high-probability prospects for home delivery. Bedford’s group has ventured into text mining of customer complaints, tackled bottle return fraud (who knew it was even possible?), and predicted the factors that drive improved customer satisfaction and retention.

Being a novice to the dairy biz (though I have consumed numerous milkshakes!), I ventured a guess at the workshop that Bedford would not have much need for social media analytics. I speculated confidently that people wouldn’t Tweet and blog about their milk. Oops! It turns out that they do, and Bedford has employed sentiment analysis tools to figure out how they like it.

Could Oberweis have done all these things without Bedford or another capable catalyst? Maybe, but it would have taken much longer, and a lot of business value would have been left on the table for a long time.  Analytical catalysts are incredibly useful if your goal is to build capabilities, start and finish analytical projects, and optimize your important business processes. There aren’t a huge number of them in the world, so start scouting if you don’t have one, and make sure that any you have are happy in your employ.