"According to Gartner, “over 50% of senior marketing leaders are unimpressed with the results they receive from marketing analytics investments” – yet most companies expect to increase these investments over the next few years. How can we avoid throwing good money after bad?" By Oliver Sheerin, Senior Customer Intelligence Advisor, SAS. When Gartner released its Marketing Data and Analytics Survey in late 2020, it really put the cat among the pigeons. Marketers—and software companies—have been talking about the importance of marketing analytics and data-driven decision-making for years, but the survey revealed that less than half of marketing leaders felt they were getting a satisfactory return on their investment.

An interview with the author of the report in The Financial Brand discusses some of the key findings – for example, that 46% of survey participants said that their marketing decisions aren’t even being influenced by data analytics. Even so, 85% of participants were still optimists about analytics, predicting that their businesses would base significantly more of their decisions on analytics by 2022.

That seems like an interesting logical disconnect. What firms are doing right now clearly isn’t working. Yet in less than a year’s time, they expect the same approach to yield dramatically better outcomes. It’s often said that doing the same thing over again and expecting different results is the definition of insanity. Which begs the question: what should marketing teams be doing differently to get real value out of their analytics investments?

Defining the role of analytics in decision-making

I’d argue that data analytics has two key roles to play in marketing decision-making. First, it should be used to automate low-level decisions and allow marketers to focus on adding value, not routine tasks. And second, it should be used to provide relevant, accurate, and trusted inputs for higher-level decisions, to augment rather than replace human decision-making.

The goal is to produce insights that are actionable, predictive, reliable, and explainable, so that decisions can be made responsibly, with a full understanding of their implications and how they are likely to affect customer behaviour. That means decision-making can’t be siloed in individual teams – it needs to be cross-functional and connected across the whole marketing organization. 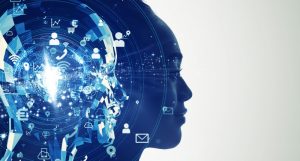 Why culture plays a key part

There’s also a question of how thoroughly the data analytics culture pervades the organisation. For example, the Gartner survey suggests that people in mid-level marketing roles are somewhat more influenced by analytics than those in more senior roles.

This can lead to friction and frustration if teams are trying to base their activities on what the data tells them, but leaders don’t trust the findings and prefer to follow their instincts. And conversely, leaders find it irritating when analysts provide pages of detailed reports that don’t clearly address the key issues at hand.

According to the interview, the top three reasons given for analytics not being used in decision-making are that the findings conflict with the marketing team’s intended course of action (32%), that data quality is poor (32%), and that analysis doesn’t present a clear recommendation for action (31%).

As Gartner’s analyst astutely comments, these three reasons are likely to be connected. If the data isn’t good enough and the recommendations aren’t clear, it’s understandable that marketing teams will ignore the results and go their own way.

But there’s also another way of looking at it: there are cases where the lack of a clear recommendation isn’t a result of bad data, it’s a result of the complexity of the issue. This is the difference between the lower-level decisions that are suitable for automation, and the higher-level decisions where the role of analytics is to help humans make an informed choice.

In these more complex cases, marketers shouldn’t expect analytics to provide a silver bullet. Analytics tools can’t give you a single “right answer”, but they can provide you the insight you need to ask the right questions and make up your own mind based on a full understanding of the situation.

Why it’s time for a rethink

Companies aren’t benefiting from their analytics investments because they haven’t correctly aligned data and analytics with the culture of their marketing organisation. Marketing leaders feel disappointed that analytics cannot automatically “solve” complex decision-making for them. This also undermines their confidence in using analytics to automate simpler, lower-level decisions—and therefore they don’t get the value they expect.

It’s worrying, then, that many companies think the answer is to throw more people at the problem. According to the article, 49% of firms that are growing their analytics teams say that they are doing so because they “need more marketing analytics to increase influence on business outcomes”. But more people and “more analytics” isn’t going to help if they don’t build a culture that can use the results of analytics more productively.

That’s why the author of the Gartner report argues that the focus should be on upskilling your existing analysts and data scientists to work more cross-functionally—but I’d add that it’s also critical to equip them with the right tools. You won’t be able to scale up and empower your team to do more unless you can use technology to automate tasks, processes, and decisions.

If this isn’t happening with your current approach and you aren’t seeing results, it’s not sensible to keep moving in the same direction. Pivoting to a new approach, based on intelligent hyper-automation, can help you tackle these problems in a much more scalable way—and I’ll explain how in part 2 of this blog series. 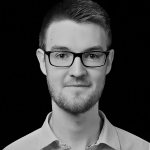 
Oliver is a Customer Intelligence Solutions Advisor at SAS. After spending nearly five years at Amazon.co.uk, he has expertise across a number of categories in digital marketing, customer insight and customer engagement roles. His focus now is on helping organizations improve their customer experience with hyper-personalization, optimization and automation.