Collaboration and cooperation are a fact of life in every organization. However, how it's done in practice and how effective it is can vary significantly. What drives these differences and variations? Research shows that organizational culture is an important influence, especially the value placed on two main factors: relationships and speed of getting results. In a recent article in Harvard Business Review, author Renee Cullinan suggested that there were particular issues in cultures that both value relationships highly and have a strong focus on getting results quickly. These organizations tend to involve a lot of people in projects, with tight time frames, and multiple projects happening at once.

The result was that many people ended up feeling overloaded, but unable to say “no” because of the value placed on relationships. Sounds pretty normal, you might think. However, there was another problem. Cullinan found that this feeling of overload happened disproportionately among women. She suggested that there were a couple reasons for this. 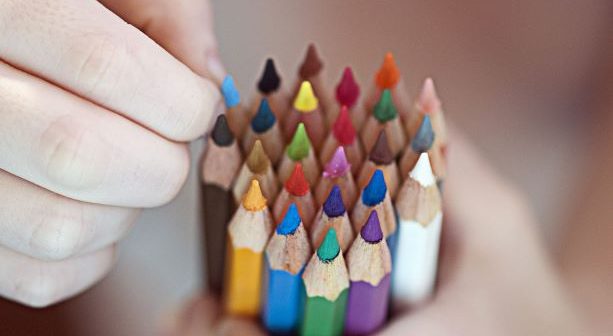 First, women were more likely to feel the moral obligation to support the collective effort in whatever way was necessary. In other words, they would help other team members achieve their objectives, and step in if they saw a gap. This left them less time for their own work. The second aspect amplified this tendency. Cullinan found that women were more likely to feel guilty if they carved out time to do their own jobs, rather than helping others when asked. This might sound familiar to some of you.

Finally, women were far more likely to feel overburdened, but also more likely to invest time in creating work practices that would help reduce the overall workload in the office or team. Perhaps this is simple self-interest. Perhaps women simply want to improve ways of working. Perhaps men simply don’t perceive that there is a problem. Whatever the reason, there is no question that men and women are affected differently by requirements to collaborate.

This has important implications now and for the future. The rise in the use of artificial intelligence and machine learning means that we'll increasingly be expected to collaborate with machines as well as people. And this collaboration will mainly occur in cross-functional teams.

I have worked in the IT world for quite a while, and one thing is certain: It is still a masculine work environment. Although I slowly see promising changes on their way. But still, very few women sit on boards and not many make it to senior management positions. Even at lower levels, there is a huge gender divide: Men are far more likely to be in customer-facing sales positions and women are in service functions like HR, marketing and finance.

It is not yet clear how machines will affect any of these roles. However, it seems fair to assume that the impact will vary by function. The fact that women dominate in service functions means that the impact of AI will also differ because men and women have a different approach toward collaboration.

We need to think and act now to avoid placing disproportionate burdens on anyone in the future. I don’t want to assume that the burden will be higher on women. However, I also know that where women are not involved in decision making, their interests are less likely to be considered. And this is the case in the IT world.

Take action for the future

Collaboration is changing, and we need to change with it. SAS is kicking off a series of conversations about collaboration, change and gender in the workplace. We will discuss issues like diversity and collaboration in work life, and whether this varies by sector or is more generic. We will consider challenges that people have faced, especially working in sectors that are traditionally dominated by the other sex, and how collaboration will ideally look in 2030.

I expect this to be a lively and stimulating conversation and hope it will also help us identify practical changes to improve the collaborative workplace of the future. We are kicking off with two of my respected colleagues, Gorkem Sevik and Nurcan Bicakci Arcan, giving their perspective on the questions: 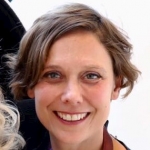 
I’m a marketer with a passion for bringing analytics solutions to the market and making analytics valuable for SAS customers. I’ve worked at SAS since May 2006, starting as a local marketer, moving to a regional role in South West Europe and then to an EMEA role. Currently, I’m leading a global team focused on platform business & IT programs. During my years at SAS, my emphasis has varied from performance management to customer intelligence, supply chain management, sustainability management, fraud, data management and now the analytics platform. In my free time, I dive into dance, Bach, Kusmi tea, George Hendrik Breitner and Haruki Murakami. I like travelling without a real destination, I love roses to the max and I’m an active Vinyasa yoga practitioner.