Geeks haven’t always had the best press. In fact, the original use of the term was very definitely derogatory. The word "geek" came originally from the German word "geck," which literally translates as crazy. However, there’s now a move to reclaim the word from its unpleasant roots and bring geeks to their rightful place at the heart of society. Geeks are no longer the socially awkward creatures hiding in basements and concentrating on code. In fact, Urban Dictionary defines them as “the people you pick on in high school and wind up working for as an adult”!

Nowadays, geeks are increasingly cool, and we’re all proud to let our inner geek out in public. We understand that the term has come to mean someone who is passionate and knowledgeable about their subject and is prepared to put in the time to understand how things work and make them better. Geeks, in other words, make the world go round, and it’s good to celebrate that. 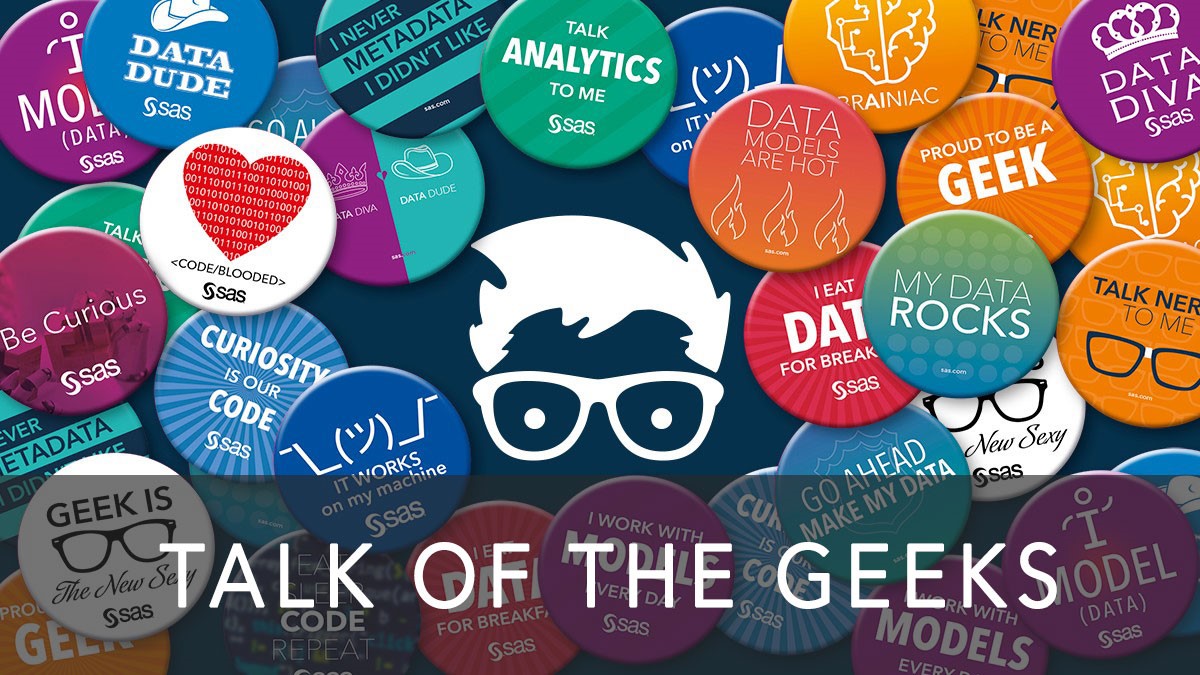 Why Talk of the Geeks is popular with data science customers.

Back in June, we celebrated our geeks by holding the fourth edition of a popular session,  Talk of the Geeks, founded by Véronique van Vlasselaer at SAS Analytics Forum in the Netherlands and SAS Curiosity Forum in Belgium. Photos from Talk of the Geeks in Belgium show that these geeks are very definitely not in the traditional image! But then neither was what was on offer.

The preparation for Talk of the Geeks started several months before the event, with the creation of a special geek-driven countdown clock in pure code and without any pretty layout, which could be run to tell us the days, hours and minutes to go before each of the two events. We put together a great programme of talks for the events, involving giant watermelons, a game of keepy-uppy orchestrated by Jos van Dongen, and an explanation of why Jaimy van Dijk is a geek, complete with expansion into computer vision.

The word "geek" came originally from the German word "geck," which literally translates as joke. However, there’s now a move to reclaim the word from its unpleasant roots and bring geeks to their rightful place at the heart of society.

As part of the plan for the day, the SAS geeks also created an app called GeekNoGeek to calculate users’ geekiness score based on their profile pictures. This used an image recognition model to define geekiness using individual characteristics. Obviously, being a model, it needed a lot of training data – pictures of geeks and nongeeks – so we asked SAS staff for help.

Back in April, we sent round an email promoting Geek Week, which was April 15-19 in the Benelux region. We invited everyone to send us photos of themselves as "geeks" and "nongeeks," providing some geeky props to help get everyone in the mood, as well as geeky food in the canteen. A colleague who is a professional photographer was on hand to take pictures of both geeks and nongeeks during the week to provide us with enough training data.

To provide an incentive to staff to send in their pictures, we promised that at the off-site meeting in May, we would present the "GeeKiness Award 2019" to the most geeky employee in Belgium or the Netherlands. We also gave a prize to the country that sent in the most photos in a classic "local derby" situation. Obviously, being data nerds, we corrected the numbers by the total number of employees in the country to make sure the competition was fair. The prize wasn’t anything much beyond kudos and bragging rights, but those were obviously important enough!

The GeekNoGeek app wasn’t just a way to get lots of photos of #SAS staff. We used it during the #Geek Week to provide a deep dive into the technical details on how to go from image data to a full working web #application. Click To Tweet

Using the app at the event

The GeekNoGeek app wasn’t just a way to get lots of photos of SAS staff. We used it during the event to provide a deep dive into the technical details on how to go from image data to a full working web application driven by an image classification model. It therefore enabled those at the event to see how we analyse images, train the model and then operationalise it – effectively, a demonstration of the opportunities available with machine learning.

As the icing on the cake, the GeekNoGeek app was, of course, also available to everyone to help them work out how much effort they would need to make to become the world’s biggest geek: essential information for every wanna-be geek! The Twittersphere lit up as SAS staff shared their geekiness scores. I have to say that we definitely have some high-scoring geeks working at SAS – with scores that even impress others in the field (and who knew that there was a geek emoji?). I think this is both geeky and great.

Geeks of the world will unite at World Summit AI a few days from now. Join the SAS Talk of the Geeks workshop at World Summit AI on October 10 in Taets Zaandam. During nine five-minute, high-energy talks, SAS geeks will dive deep into the technical details on how to go from image data to a full working web application driven by an image classification model. And the cherry on the cake? The app is available to find out how much effort is required to become the world’s ubergeek: a need to know for every (wanna-be) geek! To get in the geek mood now, watch this video. 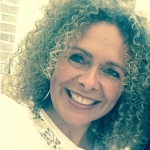 
I'm a Marketing Project Manager with more than 25 years experience in advertising, marketing and communication. I've worked at SAS since June 2011 in different roles, and I enjoy the challenge of project managing multi-level conferences and designing new concepts. I believe in this quote by Joe Pine: “Only when it becomes memorable, it becomes an experience.”