Could cheaper, entry-level smartphones offer some respite to telecommunication companies, reducing their losses due to unscrupulous customers? 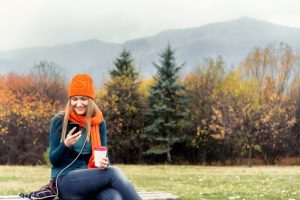 The Q2 2018 figures come from IDC, illustrating the high-end smartphone market is in decline.

For the first time in seven years, Apple has been knocked off the #2 spot for worldwide smartphone sales by Chinese colossus Huawei. The Q2 2018 figures come from IDC, illustrating the high-end smartphone market is in decline.

Smartphone vendors shipped 342 million devices in Q2, down 1.8% vs. 348.2 million in Q2 2017. Of note, Samsung was the only vendor to ship less units vs. Q2 2017, primarily due to “intensified competition” and “an overall sluggish smartphone market”, according to the South Korean giant. The 2% drop in market share resulted in Huawei leapfrogging Apple into second place, with 15.8 % of the global smartphone market. Whilst Huawei is closer to Apple (12.1% market share) than it is to Samsung (20.9% market share), its surely only a matter of time before Huawei catches them.

So, will this shuffling of top spots prompt a change of strategy for Apple and Samsung, forcing them to reduce prices or innovate less? Not likely! The continual drive to offer new functionality - augmented reality, artificial intelligence and IoT - means “halo” models will undoubtedly always exist. We may well be close to the peak of the high-end smartphone market, though we won’t likely see a huge reduction in the retail prices of such smartphones.

Consider then, the problem for telcos trying to entice customers to their networks with free or heavily subsidised handsets.

The full potential for telecommunications players can be realised only with enterprise-wide analytics supported by agile access to relevant data. Join our experts for live demos and clinics at MWC19 to understand the practicalities from hands on experience.

The latest iPhone XS is already available with no deposit and a monthly contract of £63. Purchase the same smartphone outright from the Apple Store and you can expect to pay £999. Popular high street second-hand shops specialising in technology might advertise an unwanted iPhone XS for a generous £880, offering a very tempting profit to anyone unscrupulous enough to subscribe to a new contract, with no intention of paying for the goods or services rendered.

Subscription fraud represents some 20% of total amount of fraud suffered by telcos.

According to a recent study by the CFCA (Communications Fraud Control Association), this type of subscription fraud was the #1 cause of loss to telco customers in 2017, accounting for some $2.03 trillion in losses globally. To put that into context, subscription fraud represents some 20% of total amount of fraud suffered by telcos.

Puzzling then to learn that only 3% of responders to a KPMG report said that they use proactive fraud focused data analytics to help prevent fraudulent transactions. Instead, most organisations rely on outdated rules-based investigations that don’t make use of one of their most valuable assets – a wealth of historic application data.

Deploying fraud focused data analytics can yield huge benefits to customers – the obvious one being a reduction in fraudulent applications (even a modest 10% uplift in detection rates can yield huge savings). There can be other wins such as a reduction in false positives (leading to increased customer satisfaction) and the ability to detect other potentially hidden issues such as dealer fraud (whereby an employee works with the fraudster, to wilfully violate validation checks or by creating bogus subscriptions themselves by reactivating old accounts or by using stolen identities).

Join me in my upcoming webinar, where I’ll be discussing the latest fraud trends within the telecommunications industry and methods to increase fraud detection rates whilst reducing operational costs and increasing customer satisfaction. 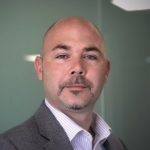 Tony Ahsley is using his rich experience of enterprise IT infrastructure, big data technology, ETL techniques, advanced analytics and business processes, to help guide customers on a journey to analytical maturity. He coaches customers on what's worked well on other projects and how other customers have overcome similar challenges.