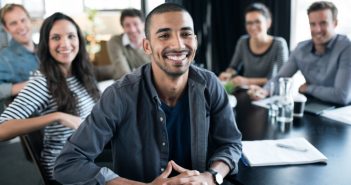 Today, data and analytics are at the core of the work of most organisations. They are embedded in business processes and customer interactions alike. But in getting to this point, there has been a struggle between two different cultures within these organisations — between two groups from different backgrounds with different values and little shared understanding of each other. These two groups are data analysts and IT operations experts. In organisations that are now using analytics effectively, these two groups have recognised the need to cooperate and align to make analytics work. For others, this is still mere ambition.

A clash embedded in historical differences

As with most cultural conflicts, you can find the origins of this one in history. Data analysts generally worked in finance, risk management or marketing. They used analytics to serve the needs of their business area. They had control over their own software tools — back then, mainly spreadsheets and statistical packages — and could be flexible about how they worked. IT staff were generally computer science-trained, and used formal processes for the development, testing, deployment and maintenance of IT systems. Their responsibility was to manage core operational applications to agreed service levels, requiring a strong focus on governance.

Historically, these two groups had little to do with each other. The analysts needed regular data extracts downloaded to a PC or file server, but beyond that, they placed few demands on the IT specialists. In turn, the IT specialists were unconcerned about what happened to the data after it had been downloaded. Over time, business units moved their processing to departmental servers and established analytics teams, but control still remained firmly with business units.

In the last few years, however, all that has changed. The increase in computing power available and the size of data sets mean that analysts have had to migrate to multi-server platforms, provisioned and managed by IT. These powerful platforms now had two distinct groups involved in their management and use, each with their own working practices, and this triggered many of the early culture clashes.

IT specialists continued to see their role as providing data into a controlled area through formally-managed processes designed to comply with external regulations, such as GDPR, and with internal data governance policies. By contrast, the analysts wanted to be able to pick up the data and develop analytical routines as they had always done. Their approach was typically free and experimental, and they were not overly concerned about IT discipline or governance.

In many organisations, this became a bone of contention. In some places, the conflict between these two groups became a power struggle for control of the platform. This type of conflict was never going to help any organisation: this is most certainly not productive and creative tension, but something much less helpful.

Those organisations with most experience in data analytics — and with most need for it — have found ways to reconcile the approaches and find a path through the conflict. Agreement on an operating model for analytics often serves as a constitution, and also as a set of principles and rules. In the most sophisticated, mutual understanding and collaboration has led to DataOps, an amalgamation of processes across data science, data management and IT operations, which establishes a pipeline for delivering analytics. IT and data analysts now therefore work as a highly efficient team at the heart of the organisation, delivering analytics to drive business improvement and innovation.

IT and data analysts can work as highly efficient teams delivering #analytics to drive business improvement and innovation. Click To Tweet

There is now increasing awareness, within IT, of the potential of analytics and its role driving businesses growth. Meanwhile, analysts have come to recognise the need for governance, especially with the reliance on analytics in critical business processes. In the most successful organisations, these two groups have come to appreciate the other in their pursuit of common goals. 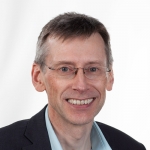