Another year’s over, a new one’s just begun. And it’s time to answer that most crucial of questions: ‘What does 2018 hold in-store for EMEA banking?’. Unless I’m missing something obvious, all the signs point to the coming 12 months being characterised by the usual ‘evolution not revolution’, and anybody hankering for radical change between now and December 31st had best prepare to feel the cold hand of disappointment. I’ll stop short of saying that banking is boringly predictable, but with its overall course having been set some years earlier – characterised by the drive to digital transformation in an era of macroprudential regulation – there’s nothing either on or over the horizon which is going to act as a seismic force. There’ll be disturbances and distractions as the year unfolds, but no disruptions. Sorry.

I make no secret of my love of a good PESTEL analysis as a scene-setter. The table below gives a [non-exhaustive] summary of what I expect to happen in 2018:

Taking these factors into account, and having given my crystal ball a thorough polish, the following trends are going to manifest themselves in the EMEA banking industry over the coming 12 months.

Corporate banks finally get hip to digital, as the general murmurings of service dissatisfaction among national and multinational companies prove impossible to ignore. There’s already been some digitalisation of the back office (e.g. cash management), but in 2018 progress will extend through the middle office (where new banking products are created) and into the front office (where relationship managers get their hands on the digital tools to make a) their job easier and b) their client(s) happier).

Digitalization in banking needs to be performed from end-to-end, encompassing activities in the front-, middle-, and back-office, and underpinned by advanced analytical technologies. Whether you are a business sponsor, data scientist, data manager or IT facilitator, our practitioners have the experience and expertise to help you navigate the analytics path to value. Sign up for our monthly webinars and accelerate your analytics journey.

‘Platformification’ is a truly dreadful word. Hard to pronounce. Sounds like ‘fornication’. Vague. And yet it’s one of the most significant developments in banking. For the uninitiated, platformification is “the bundling together of multiple services onto one online platform, and provides an efficient, automated and integrated customer experience” (source: Forbes). At the risk of stating the obvious, those three outcomes are highly desirable for banks, as in combination they drive improved financial and operational performance. Platformification also puts banks on a similar plane to other industry sectors (e.g. retail), although any CEO who thinks his or her firm is about to become the Amazon of banking needs to lower their expectations.

Connecting – and reconnecting – people to the financial system remains a priority across EMEA (and the rest of the world) in 2018. While improvements have been made in recent years to close the gap between those who can access to banking services and those who can’t, progress needs to go at a faster pace. This necessitates national governments, financial service providers (traditional and non-traditional), telcos and technology vendors (device manufacturers, ISVs, app developers etc.) working collaboratively. An impossible dream? Nope.

Growth of fintech and regtech in emerging markets

During the last quarter of 2017 I’ve seen ample evidence that fintech and regtech is beginning to proliferate in EMEA’s emerging markets. This will continue during the next 12 months (and beyond), with new firms entering the competitive environment. It doesn’t take a genius to deduce that it’s trend intrinsically linked with improving levels of financial inclusiveness. Exciting times are ahead.

Understanding EU-wide stress tests in an era of IFRS 9

The latest round of EU-wide stress testing commences in January. We’ll need to wait until November 2nd to see the results, but extra significance is assumed as this is the first assessment undertaken in the era of IFRS 9 – the standard which specifies how an entity should classify and measure financial assets, financial liabilities, and some contracts to buy or sell non-financial items. I’m not expecting shocks, but there might be a surprise or two to make things interesting.

Blockchain in lending and trade finance

Blah-blah-blah-blockchain. I’m bored of talking about it. What I really want to see is blockchain technology taking 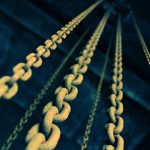 root in areas other than the frankly insane world of cryptocurrencies. Blockchain has been slower to come out of the lab and into the live environment that I anticipated a couple of years ago, but my senses tell me that this will change in 2018. Lending and trade finance are two obvious areas where blockchain can disturb the status quo by reducing the need for paper-based processes (and sounding the death knell of the fax machine). And then there’s the blockchain analytics angle to explore too. We’ve already started. Catch us if you can.

Within the more advanced economies of EMEA, the concept of open banking – which is where banks make the transition to be marketplaces for financial services (see ‘Platformification’ above) – has taken the industry by storm. To weather a storm, protection in the form of an umbrella is required. In this instance, the umbrella takes the form of an open banking standard, which uniformly prescribes the steps which firms must take. Developments such as PSD2 have hastened standardisation, but there’s still a huge amount of scope for further improvement. In Europe, a collaborative effort is being made by AIB Group, Bank of Ireland, Barclays, Danske, HSBC Group, Lloyds Banking Group, Nationwide, RBS Group and Santander to create an open API standard. I expect to see more ‘groupthink’ examples emerge as the year unfolds.

Beginning the preparations for regulatory adjustments

2018 will witness some major regulatory developments. There’s the go-live for PSD2 and GDPR in Europe, while at a global level Basel IV begins to take a firmer shape. And although the rollback of Dodd-Frank is going to hit US banks hardest, the ripples caused by this development will scurry across the Atlantic to affect firms in EMEA (i.e. those who maintain operations in Trump-land) to varying degrees too. As every boy scout knows, success hinges on being prepared.

Several EMEA banks have recently installed new CEOs, and they’re sure to be seeking ways to deliver sustainable revenue growth to keep their shareholders happy. This stimulates renewed interest in M&A activity, and while the era of the mega-merger is behind us, don’t be surprised if 2018 witnesses some unlikely unions. And with Chinese companies sitting on huge cash piles, who’s to say they won’t make a series of strategic investments to gain, or strengthen, a position of potential power.

AI-fever takes hold, but some banks will lose their grip on reality

What’s that deafening sound? Oh yes, it’s the wall of noise associated with Artificial Intelligence. There’s no denying that AI – and it’s ‘extended’ features, namely machine learning and deep learning – is going to transform not just banking but the entire world as we know it. However, I’ll just inject a healthy dose of reality. AI isn’t a magic wand. It needs to be handled carefully, and that means striking the right balance between humans and computers. Let’s use AI responsibly. There’s been enough recklessness in the world prior to AI bursting forth.

#AI fever takes hold, but some banks will lose their grip on reality. #fintech Click To Tweet

Finally, there’s my perennial wildcard. This is a low probability event, but one that would have a significant impact on banking overall. Previous wildcards include President-elect Trump repealing Dodd-Frank* (2017); Apple obtaining a banking license by partnering with an existing institution (2016; an established peer-to-peer lender being acquired by a big bank (2015); and Google using its long-held banking license in the Netherlands to launch a digital-only service (2014). For 2018, I’m going to stick my neck out and say that during 2018 the UK will halt the Brexit process, having come to the sensible conclusion that any benefits are massively outweighed by the drawbacks. Sadly, I’m 99 per cent certain this won’t happen, so it’s said more in hope than expectation.

*I made this prediction prior to the Presidential election.

Alex Kwiatkowski – pronounced K-viat-kov-ski – articulates and amplifies company strategy and point of view on the future direction of banking to senior executives, partners, media and influencers, along with creating relevant narratives and supporting content for thought-leadership purposes. His laptop screen always has too many tabs open.