Organisations that are best at using analytics have moved on from simple process improvement to building new business models. The benefits are such that others are striving to join them. But the journey towards data-driven business models is not an easy one. A recent online discussion among SAS and partner subject matter experts on this issue identified barriers and success factors, as well as discussing the likely impact of machine learning on the process.

There was general agreement that moving to a data-driven business model meant relying more and more on data, in all spheres and across all activities. It was also clear that being data-driven was very much embedding data into the DNA of the organisation: Business processes and decisions were expected to be based on data, not gut feeling or instinct. While emotions still needed to play a part in decision-making, this should be customer emotions, and based on sound knowledge about them.

For the future, this would mean trusting data over and above previous practice, and relying on it to generate value. This is a big step for many individuals and organisations, and might require some ongoing training, to say the least, to avoid an ‘assimilation gap’.

A1: The key is moving away from Emotional decisions to Fact-based decision making! #datadriven #saschat

Well, the decisions may well be based on emotional decisions - as long as it is the emotions of the customers we are basing the decisions on https://t.co/Jt8yxol8R5

A1: And continuously re-train your people? Failures I have seen is due to ‘assimilation gap’ rather than lack of analytics #saschat https://t.co/y5A27cadvX

The most successful data-driven businesses did not necessarily advertise that fact. The examples given were often, but not always, tech companies that rely on personal data to function effectively: Uber, Airbnb and LinkedIn, for example. Perhaps the most controversial company mentioned was Facebook: Controversial because it does not advertise that it is a data-driven company at all. On the face of it, it is all about connecting people, not data.

A2: I love it when friends ask that question at dinner tables. Facebook is my reply and they realise that they are the asset sold #saschat

A2: At some point the tradeoff between #privacy and convenience will test the ethics/maturity of #datadriven models #saschat https://t.co/wPVtmOMUus

Benefits must outweigh the disadvantages

There was a certain grimness to the realisation that ethics were crucial, and might be a problem in data-driven business models. It could also come to a point when using information ‘smartly’ might not be seen as smart, but as sleazy. There is no question that Facebook has been on the receiving end of a few questions about this already, although public realisation might come much later.

It seems likely that customers will continue to cooperate and accept the use of their personal data as long as they perceive that the benefits outweigh the disadvantages. Walmart, after all, has been harnessing data since the 1970s, and nobody is complaining about that. Perhaps the distinction is in the use of the data. Some companies, for example, Netflix, are seen as using data to improve their customer experience. Others, however, are seen as selling access to personal data to improve their bottom line. The first is actively encouraged; the second barely tolerated.

The biggest barriers to data-driven business models were not technological, but people-related. From issues with adoption by staff, through culture, silo working and lack of senior buy-in, it was generally agreed that first and foremost, businesses needed to understand the links between people and processes to genuinely become data-driven.

While processes already generate and use data, there is a big step from being process-driven to moving to becoming data-driven instead. For a start, in process-driven organisations, data models tend to be departmental, and therefore siloed, rather than organisational. Many processes remain very manual.

Agree, process-dominated businesses already rely on data but many of them are very manual #saschat

Participants agreed that start-ups and newer organisations found it easier to adopt data-driven business models. Many had even been set up that way. It was, however, possible to become data-driven, and the best way to do so was probably one step or process at a time. However, to get full value from the data, the focus needed to be on developing value for customers.

Machine learning would help with the process of moving towards data-driven business models. It would accelerate the process, and enable it to be both top-down and bottom-up. It would also expand the scope of data use, because it enabled larger and larger datasets to be used to address more complicated scenarios, forecasting and predicting outcomes with increasing accuracy. Machine learning made it possible to start with a simple model and ramp it up.

However, perhaps on a more philosophical level, without machine learning, it is so hard to develop accurate models that for some organisations there would be no ‘data-driven’, only data. Machine learning is therefore essential in pulling together the data and realising its value, and the most successful organisations are those that act on this understanding.

Start your journey to become data-driven and let business intelligence, big data, analytics and data management be part of your next business strategy! Download this free e-book: Becoming a data-driven organization 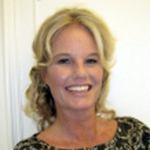 
The Internet of Things (IoT) is about connecting our cars, homes, gadgets and machines to the internet creating a network of connected objects. Today, IoT is a hot topic, encouraging a rush of excitement and possibilities that are endless. IoT is the future of technology that can make our lives more efficient. However, the real value of IoT lies in analytics of the mass of data that is collected. How can data streaming to and from all these objects be understood to benefit your organization, improve your daily routine or address society’s biggest challenges? At SAS, my role is to understand the needs and challenges that organizations may have as they adopt IoT. The Regonial Marketing Program aligns SAS resources to help customers explore IoT, make fast and confident decisions, be more effective or even create new business models.