Stephen Hawking’s latest warning is stark. Robots and artificial intelligence (AI) have already played havoc with working class jobs in factories and heavy industry. Now they are set to do the same with middle class jobs, from legal work, through financial services to computer programming. Cue economic turmoil, unemployment, and the end of the world as we know it.

But is Hawking completely correct? There is no question that AI will, and is already starting to, change the world of work, so let us limit the discussion to this area. The question then is if this is necessarily a bad thing? Or could it, in fact, lead to the creation of new jobs as well as changing existing ones? The world of work is, after all, changing all the time, and companies need to change with it.

A number of recent studies suggest that new jobs are already starting to emerge. These jobs are both novel and uniquely human. They are concerned with the developing partnership between people and machines, and particularly with ensuring that the work of computers is fair and ethical as well as effective. In particular, three main groups of new jobs seem to be surfacing:

Trainers are those who teach AI systems - Their roles range from developing natural language processing systems and translation tools, through to teaching systems to imitate human behaviour. Yahoo, for instance, is working on chatbots that understand sarcasm: the idea that language is not always literal is a major challenge for machines. Other companies are working on increasing empathy in machines, to improve their potential in customer service work. 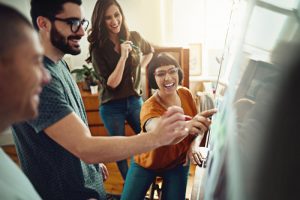 Explainers help to bridge the gap between technology and business - Executives may be unhappy at the ‘black box’ nature of technology and particularly AI. Companies using advanced AI systems need people who can explain the algorithms to non-technical colleagues, in simple language. Explainers are also involved in analysing the problem if something goes wrong.

Sustainers keep systems working as planned - One of the things that perhaps most frightens people about AI is the idea that it teach itself, and that it may therefore learn the ‘wrong’ things. Recent examples like Microsoft’s Tay show that this fear is not necessarily unfounded. Sustainers are responsible for ensuring that ongoing decisions and actions remain fair and in line with the principles of the original system design. One of the key roles is likely to be the ethics compliance manager, who will act as a kind of system ‘watchdog’ for AI systems on an ongoing basis. Other tasks will be to evaluate the cost of poor system performance.

Innovators – unleashing ideas of benefit to individuals, organisations or the society that would not be brought about without AI, and perhaps also not needed before AI. Creativity in establishing new needs and opportunities is key in this role. And also here is perhaps the largest potential in terms of number of new jobs. As Erich Hugo discussed, designers are already integrating data and analytics into product and experience design, to the extent that traditional industry experiences are expected to shift.

One example of change brought about by AI is the use of chatbots in call centres. They are not taking over human jobs. Instead, they are becoming part of a machine–human partnership, augmenting the capabilities of both. The chatbot deals with the initial contact, and manages the easy queries—password resetting, for example—and people take over when the questions get a bit tricky.

This has benefits for both staff and customers. It reduces the number of staff needed to answer basic questions, and frees up their time to deal with more difficult problems. It means customers can contact the company via messaging services, and get an instant reply. It also reduces the time that customers spend waiting for answers.

Increasingly, it seems, customers do not care whether they are talking to a robot, as long as they get the answer they need, quickly. PwC for example, found that 64% of respondents said that they would rather get an instant answer than preserve the jobs of customer service staff. In other words, consumers are happy with AI, as long as it does what they want. 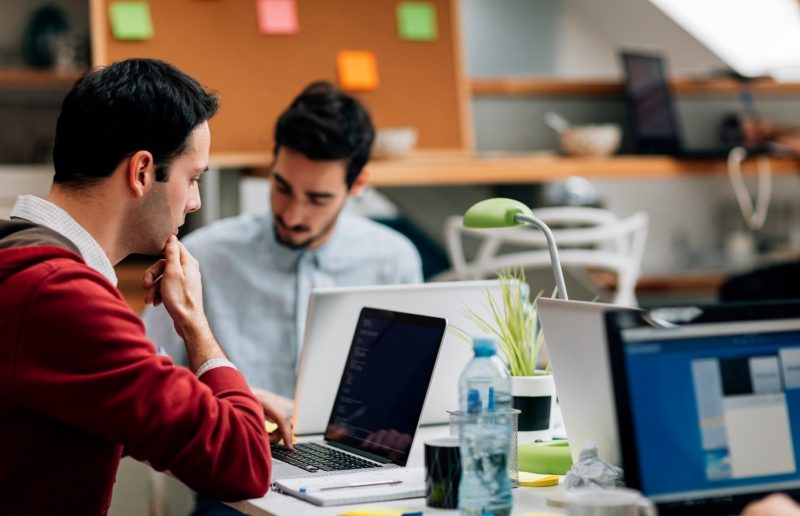 Two heads are better than one…

The old sayings, including ‘two heads are better than one’ and ‘a problem shared is a problem halved’, turn out to be increasingly true of artificial intelligence. The fear that AI will take over from humans is receding. Instead, it is more and more the case that AI allows humans and machines to work together better than either can manage alone. Far from being the end of the world, AI seems likely to herald a new dawn of collaboration and job development.

What new jobs can you see emerging?

We are often asked about the future of jobs, and these questions suggest we have the basis of a robust discussion. Will you join us for a #saschat on Twitter on 14th September, kicking off at 14hrs CET? 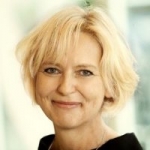 Passionate about business value of IT and innovation, Looking for new insights on analytics, data management and how this can make a difference with business processes.