The unfolding digital economy is delivering on its promises, from deliveries by drones within the hour to selective monitoring of the elderly to provide professional care in the comfort of their home. With these higher service levels come the associated trauma of disruption for those in the delivery process. The sheer pace of change means many businesses are struggling to work out whether to keep on planning and strategising in a sort of ‘business as usual’ approach, or throw away the rule book and start again.

Author Peter Hinssen, in his book The Network Always Wins, suggests that the business world has fundamentally changed. We can no longer expect to be able to plan and strategise rationally, based on models. Indeed, the quest to develop new and better models should probably be abandoned, as at most, they will deliver only marginal benefits.

Instead, companies should strive to implement what he calls VACINE, standing for velocity, agility, creativity, innovation, network and experimentation. The fundamental premise behind this assertion is that the world is changing at unprecedented speed or velocity. Companies need to be able to move at the same speed, and also demonstrate agility in adapting to change rapidly.

Creativity and innovation are the two main keys to being able to adapt quickly and flexibly, as they provide the mindset needed to try new things, and not worry about failure. Experimentation is similar, and many companies are now adopting the high-tech start-ups’ mantra of ‘fail fast’ to give themselves permission to try things, and learn from failure.

Network is a slightly different premise. Hinssen suggests that ‘markets’ as a concept are now ceasing to exist, as they become instead ‘networks of information’, with the customer at the heart. This means that ‘marketing’ is no longer possible: we now need to influence the network. And if outside the company is a network, then inside the company must also become a network if the company is to thrive and influence successfully.

This is easy to say, but what does it mean in practice?

Building a network beyond silos

In practice, I suggest that the first, and perhaps the most important point is to stop thinking, and organising, in silos, whether functional or geographical. For example, this means taking local or regional marketing functions, and them to become a marketing network or capability that spreads across the entire organisation. Network teams can then start to set their own goals within the context of an overarching strategy. 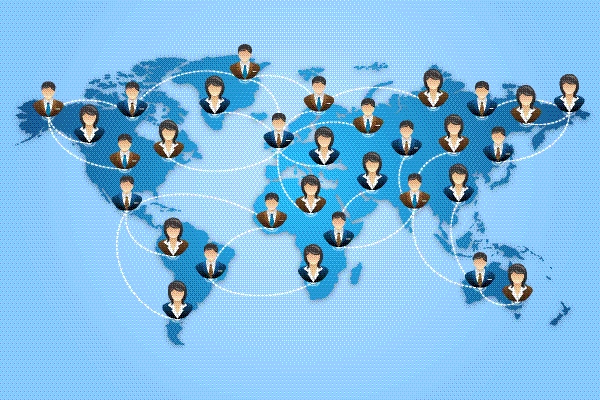 Crucially, teams share information across areas and functions, identifying connections, rather than guarding their own territory. And senior leaders become able to move into roles linked to strategy and planning, particularly cross-team working, rather than managing the minutiae of a regional or local organisation.

Ultimately I believe it is possible to move from a set of regional teams to a series of cross-linked networks of teams. These networks will be able to focus both on marketing capabilities, and the region as a whole, creating a coherent network of influence spreading across the entire area. In other words, we move from marketing as organisational silos to marketing as a strong organisational capability.

In practice, I suggest that the first, and perhaps the most important point is to stop thinking, and organising, in silos, whether functional or geographical.

Based on our experience in SAS, the five points that I think are probably the most important to remember are:

Ultimately, moving to a more networked world, and creating a marketing capability, means giving staff the tools and empowering them to take the necessary action to test, fail if necessary, and influence their networks. Creating agility and capacity to move quickly is always challenging. But not doing so is likely to mean organisational failure or lose relevance. Which will you choose?

The book mentioned here is: “The Network Always Wins by Peter Hinssen, 2015” 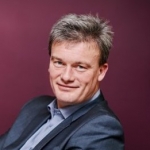 Two decades after becoming part of the global software industry, Patrick is still fascinated and passionate about how software solutions improve business effectiveness, foster innovation and enhance everyday life. Today he has the privilege of leading one of the most energetic marketing teams across EMEA as SAS contributes world class analytics to drive success for our customers. As a vocal advocate of the digital economy and how it fundamentally transforms enterprise roles in the 21st century, Patrick is an enthusiastic contributor to the global transformation movement. In May 2014 he accepted a two-year mandate in the Board of AmCham EU, serving as Chair of the Operations Group.