Pride Month is a time to celebrate the progress made toward making our world more inclusive and equitable for the LGBTQ+ community. It’s also a time to recognize and shed light on the struggle against oppression, violence, inequity and social injustice that the Pride community has experienced for far too long. This month, we want to raise awareness of some of the many LGBTQ trailblazers who have contributed to society and our world for they serve as inspiration to our own SAS trailblazers who innovate and help transform the world.

These historical figures left their mark on history and will be remembered as pioneers who paved the way for the LGBTQ+ community. 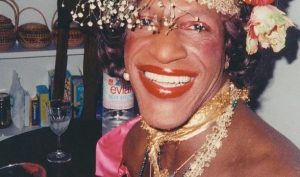 Born in Elizabeth, New Jersey, Marsha “Pay it no mind” Johnson will go down in history as one of the most courageous individuals in the LGBTQ+ community. On June 1, 1969, the police raided a gay bar in New York called the Stonewall Inn. Over 200 people were forced into the streets and harassed by police. But Johnson was one of the main ones who fought back, resisted the brutality and stood up for her community.

After the Stonewall uprising, Johnson continued to protest, demand equal rights, and dedicate her time to helping others while struggling with her own mental health. She was nicknamed, “Saint Christopher Street” thanks to her generous contributions to the LGBTQ+ community.

Johnson went missing in 1992. When her body was discovered and homicide was ruled out, many of her friends remained suspicious. The case was later reopened, and the cause of death was changed from suicide to undetermined. In 2019, the Marsha P. Johnson Institute was founded to protect and defend the rights of Black transgender people. 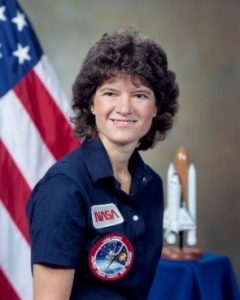 Sally Ride, born in Los Angeles, California, joined NASA in 1978 and was the first American woman in space in 1983. She went on to become a role model for women around the world and an advocate for science education.

Along with being a fearless astronaut, Ride was incredibly private. In fact, her sexuality was not made public until her death in 2012. Her obituary revealed that she was “survived by Tam O'Shaughnessy, her partner of 27 years.” This trailblazer is celebrated in the LGBTQ+ community and beyond for her contributions as an astronaut, physicist and educator. 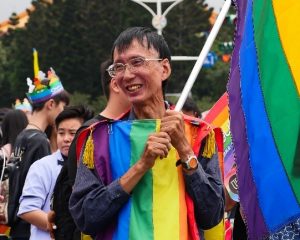 Chi Chia-Wei is known as the first person in Taiwan to come out publicly as gay on national television in 1986. He created his own “hotline” number to help others fight against unjust actions in court before officially becoming an LGBTQ+ consultation hotline operator.

Beyond that, Chia-Wei has spent decades of his life advocating for marriage equality, the prevention of AIDS/HIV and has been a voice for the LGBTQ+ community and part of Taiwan’s LGBTQ+ history.

Named one of Time magazine’s 100 most influential people of 2020, Chi risked his freedom in the name of activism. With a donation box hanging from his neck, he walked the streets of Taiwan to raise money for AIDS victims. He represents hope to the next generation. 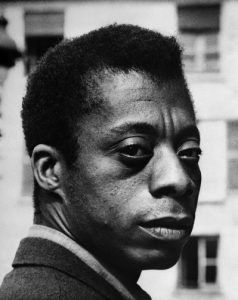 James Baldwin, born in Harlem, New York, was an African American author, essayist, playwright, poet, and social advocate. Baldwin used his passion for the written word to educate the world about race, class, sexuality, and Black and queer identity. In 1955 he released an assortment of essays called “Notes of a Native Son,” and in 1956, released his novel, “Giovanni’s Room.” Both included themes of homosexuality, bisexuality and explored racism.

A social justice advocate, Baldwin was active in the civil rights movement. He was an openly gay man that used his voice to highlight the Black experience in America and helped drive the fight for change. He is considered a leading intellectual and one of the most fearless voices in history. 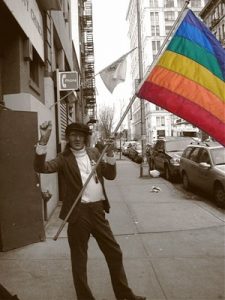 Sylvia Rivera, born in 1951 in New York, is known as one of the bravest and most radical gay and transgender activists in the LGBTQ+ community.

Sylvia was born male at birth and was given the name Ray. But that didn’t stop her from being true to herself. She lived her life as a Latina-American drag queen who made her voice heard against the discrimination of transgender people. But that’s not all. Rivera was a steadfast voice for People of Color (POC) and the low-income queer community. She, along with best friend and fellow activist Marsha P Johnson, founded STAR (Street Transvestite Action Revolutionaries) and opened a shelter for homeless transgender youth.

In 2002 Rivera died of liver cancer, but her legacy lives continue through the Sylvia Rivera Law Project, an organization dedicated to defending and protecting the rights of gender non-conforming people. 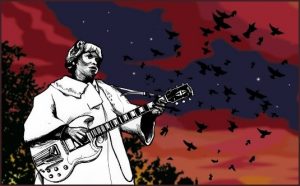 Before Elvis, Little Richard, or all your other Rock N’ Roll favorites, there was Sister Rosetta Tharpe. Also known as the Godmother of Rock N’ Roll. Tharpe, born in Cotton Plant, Arkansas, was a talented, black queer woman who pushed her way into a male dominate industry and made the Rock N’ Roll genre the phenomenon it is today.

Tharpe began playing guitar at the age of four and performing by age six.  Her church upbringing heavily influenced her unique sound and often incorporated a mix of gospel and secular sounds.  She was known for openly using expressions of love and sexuality in her music. And although private in public, she was open about her sexuality in the industry. Despite the obstacles of being a black, queer, woman in the industry, including being forced to sleep on buses and use the back entrances of restaurants to get her food due to segregation, she never let that stop her. And for that, her incredible imprint in history is remembered and respected amongst music lovers.

These are just a few trailblazers we wanted to highlight and thank for paving the way. Tell us about some of your favorites!

Want to directly support LGBTQ+ organizations? Here are a few to get you started: 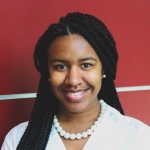