About one in every seven Americans is over 65 and that number is projected to increase to one in five by 2050. Ninety percent of people over sixty-five want to live out their days at home. However, only sixty percent will. Why?

One part of the equation is whether seniors have family close by to help bridge the gap between what they can do and what they can’t. It’s tricky because these days adult children often live further from their parents than past generations. They frequently are holding down fulltime jobs while also juggling the care of their under-18 children. There is more to do in less time.

While technology is not the answer for every need, it can play an important role in keeping some seniors safely at home (the term is “aging in place”) for longer.

“But old people don’t like new technology,” some might counter. That’s the stereotype. However, 2015 statistics from the Pew Research Center found that 58 percent of those over 65 use the Internet, up from 15 percent in 2000.  Over 50 percent of seniors have a smart tablet or smartphone. Furthermore, 77 percent say that though they need help learning how to use a new technology, once they start, it often becomes an integral part of their lives.

Before investing in any technology, it’s important to first identify what the needs are RIGHT NOW and then begin to look for solutions. For example, if you are the one tasked with helping your parents stay independent, you might ask questions like does your mom want to talk more often with friends and family, but is having a hard time dialing phone numbers on her tiny keyboard? Does your dad often forget where he parked the car? Or if they are not driving, are they dependent on you for all their transportation? Is mom taking all her meds? Or why has dad, who used to be a voracious reader, stopped reading?

Here are some technologies that might help your senior with some of these.

In this blog, to avoid information overload, I’m going to concentrate on ways you can better use equipment you might already have at home, such as a smart tablet or smart phone. In the next podcast, we’ll look at stand-alone technologies for those people who don’t use smart phones or tablets.

One of the first questions people ask is are there certain smart phones that are better for seniors? According to Consumer Reports, yes. Two of the best smartphones for seniors are the Samsung Galaxy Note 4 and the Apple iPhone 6 Plus. Both have a large, high-definition display (5.7 and 5.5 inches, respectively) that is easy to read, even in bright light. Both allow you to boost the size of the text and numbers and icons. They also enable those with hearing problems to boost the volume. Finally, both support numerous apps created with seniors in mind.

What’s an app? An “app” is short for “application.” It’s a small computer application—like Microsoft Word or Excel—that runs on your smart phone or smart tablet. Many apps are free. Those that cost usually fall in the $.99 to $7.99 range.

I’m going to tell you about a free app called Overdrive first. According to a recent Pew survey, 72% of Americans have read a book in the last year—with that number going down as you get older. For the seniors who don’t read anymore, two in five say that they have a physical or health reason that makes reading difficult. Perhaps it’s the problem of being able to physically get to the library? Or maybe it’s due to the small print? Did you know that the Wake County Library now provides thousands of eBooks and audiobooks for check out online? All it requires is a library card number, a smart tablet or phone and a free App called Overdrive. With Overdrive, you can blow up the text size as large as you need. It also lets you listen to audiobooks and set the speed at which the book is read. As a side benefit, you don’t have to drive to the library to get the books you want.

Speaking of driving, a lot of older people who no longer drive have started using Uber. This is a cab service but it’s accessed through an app that, once you set up, enables you to order a cab, see how much it’s going to cost upfront, see what the car and driver will look like and also see where they are now so you can gauge how soon they will arrive. You input your credit card when you set the app up. Your card is charged automatically for the fare so you don’t have to worry about carrying cash.

If you take the local bus, you can download the TransLoc App for Android, iPhone and Blackberry Users. This lets you watch the bus you’re interested in move across the screen with information on next stops and arrival times.

On another note, if your parents are not already using their smart phone or tablet to videoconference with others, then show them how—using Skype or Facetime. Many seniors actually increase the amount of contact they have with children and grandchildren after getting a smart phone because it’s so easy to text simple notes or pictures or videos about events as they occur, rather than saving it all up for a weekend conversation.

For seniors who find it hard to text on small screens or keyboards, a dictation app, like “Dragon Dictate” (which is also free), can be transformative. They simply say what they want to say, watch the App translate speech into text, and then send it.

There are also some great free game apps that family members or friends can play from two different locations and stay connected. “Words with friends,” an online version of Scrabble, is a really popular one.

There are also good apps for other common problems seniors complain about, like managing medicines or forgetting where they parked.

Medisafe is a free app for iPhones and Androids. It’s the most downloaded medicine reminder app available. It’s easy to set up. You enter what the medicine is, indicate what it looks like, how frequently and what time you take it. When it comes time to take it, you get an alarm on your phone. If you don’t turn off the notification, your phone assumes you have missed it and the app notifies a family member or friend. You can even ask to be notified when you need a refill.

As for forgetting where you parked, it’s not just Dad who needs this. It’s useful for my generation, too. If you’re on an iPhone, there’s an automatic setting in the Maps app that’s already on the phone that is called “Show Parked Location.” On the android, there’s a free app called “Find My Car.”

Another common frustration -- forgetting something that’s on the stove – can be handled by setting an alarm. The only caveat is they have to make sure they keep the phone on them if they go outside.

Finally, what do you do if you lose your smart phone? There’s actually an app for that, too, called “Find My Phone.”

How can you get started using some of these? Honestly, one of the best resources might be your tech savvy child or grandchild or neighbor, but if they’re not available, AARP offers some great video tutorials through their AARP Tek Academy online (http://aarptek.aarp.org/tablets-phones/) and it’s all free. You can also check out free tutorials and programming at your local Senior Centers. (The current program for the Raleigh area can be found here: https://www.raleighnc.gov/parks/content/PRecRecreation/Articles/AdultProgram.html). The NC Assistive Technology Program (http://www.ncatp.org) also offers information and training in a variety of tools. They even let you borrow equipment for free to see if it meets your needs. 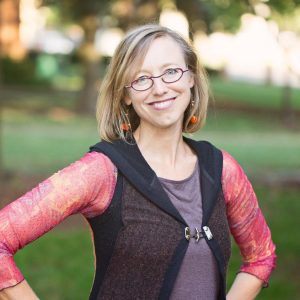 Liisa Ogburn, founder of Aging Advisors NC, helps individuals and families plan for or respond to the needs that arise during the last years of life. She has shared her family's story caring for her father-in-law in the New York Times and other publications. 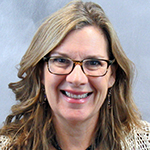 Kim Andreaus is the Aging and Eldercare Program Manager for Work/Life. She has experience in geropsychiatry; both inpatient and in a community mental health setting. In addition, she has been a faculty member at NCSU, UNC-CH and Wake Tech and has taught courses in gerontology and conducted training in geriatric mental health.