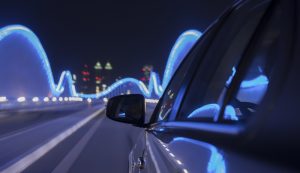 In my last post, I introduced the question of ethical scenarios associated with automated systems, particularly ones that rely on event streams and complex event processing such as autonomous vehicles. As developers, we tend to focus on designing a system to be robust in terms of supporting all the presumed use cases of normal operations. But when a system is intended to be deployed in an environment that allows for unpredictable behavior, additional steps must be taken to anticipate how unpredictability affects normal stream processing.

Interestingly, this is less of a technical issue and more an issue of social responsibility. Addressing it requires integrating behavioral rules that are influenced by a number of non-technical factors, such as:

What does this really mean?

First, it means that there must be a closer collaboration – between technologists, data scientists and information engineers, and the legal community – to advocate for well-defined guidelines overseeing responsibilities and accountability for unexpected behaviors of automated systems. Second, it means we need to scope what information should or should not be acceptable as inputs for automated event stream processing systems in calculating probabilities of outcomes in emerging situations. Finally, responsible data management professionals must increase their efforts in asserting what quality data means in the context of event stream processing. Taking these steps may help proactively address the potential ethical concerns of stream processing and automated systems.