In a recent post, I examined the relationship between big data and traditional MDM. Long story short: there really hasn't been a strong one. Before addressing the issue of whether and when that will change, let's look at some data.

...the big question was: are these linked? Fully 59% claim that they are, with only 7% seeing no link between MDM and big data. The survey asked a number of further questions about the likely ways in which the two could interact: you can imagine that an existing MDM hub could provide the (say) customer data that could help drive an analysis of web traffic, perhaps looking for multi-channel behavior of existing customers. 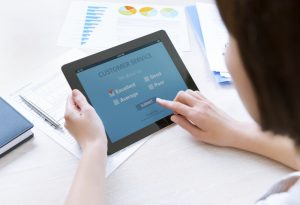 This shouldn't be terribly surprising. After all, MDM at its core attempts to provide organizations with a single view of the truth on critical and very specific data sets (read: vendors, employees, products, etc.). If you're a golfer, then think of MDM as a putter. It's the right tool for a very specific purpose: hitting a small ball into a slightly larger hole. You only use it on the green.

Big data is an umbrella term that encompasses many disparate data sources, most of which lie outside of any organization's control. Continuing with the golf analogy, a big data tool such as Hadoop is akin to a driver. Precision isn't nearly as important as the ability to hit the ball really far.

A glimpse toward the future

That's not to say, however, that big data and MDM tools won't evolve to play (more) nicely with each other in the future. I for one expect MDM applications over the next few years to increase the extent to which they integrate with big data.

I recently spoke about this topic with my friend, noted MDM expert Dalton Cervo. (Cervo has written several MDM books, most recently Multi-Domain Master Data Management: Advanced MDM and Data Governance in Practice.) Companies such as HP are linking existing customer data to sentiment as gleaned from social networks such as Twitter. That is, they aren't just tracking whether an existing customer maintains an active Twitter account. They are mining text, which is also known as text data mining (read: individual tweets). In the process, organizations are starting to move beyond the binary classification of "satisfied" to "degrees of satisfaction."

Simon Says: The possibilities for marrying structured and unstructured data are endless.

Yeah, there are limitations. In this case, not everyone is on Twitter. (Its user growth has stalled over the past year at around 300M, much to Wall Street's consternation.)

Still, examples such as these concretize the power of big data beyond vacuous promises and industry buzzwords. The utility of easily quantifying and reporting on unstructured data is difficult to overstate. At a high level, organizations can identify which customers are happy, unhappy, and possibly the specific events that caused the change. Even better, customer service reps can theoretically intervene before customers become upset and start broadcasting their displeasure.

Download an e-book about the intersection of big data, data governance and MDM.