It's hard to find a trend with more attendant hype these days than the Internet of Things (IoT). Read a few of the more than 55 million articles written on the subject and it's easy to believe that it's going to revolutionize the world tomorrow. 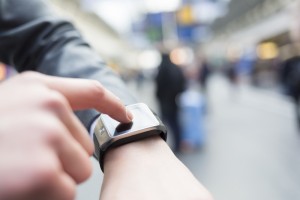 I wouldn't go nearly that far. But I also disagree with the many skeptics who, in the extreme, think that the IoT is a complete waste of time. I don't own a crystal ball, but I suspect that sensors, wearables and "smart" devices will proliferate eventually, especially once the powers that be agree upon common standards.

Rather than debate whether the cynics or prosthelytizers are ultimately right, I'd like address the impact of the IoT on organizational data management.

Before continuing, a disclaimer is in order. The very title of this post assumes that your organization has developed – and follows – a data management strategy. (For more on this, see my series from a few months back.)

IoT and the big question

Now, let's get to the question at hand: How will the IoT affect your organization's data management strategy?

Those looking for simple answers and trite listicles will be disappointed. As is often the case, the answer hinges upon a number of factors:

It's never too early to ask questions such as these. Are we there with the IoT yet? Of course not. But it's not too early to start to think about what happens when it arrives in earnest.

Read about SAS Analytics for IoT