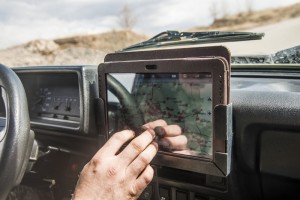 The concept of the internet of things (IoT) is used broadly to cover any organization of communication devices and methods, messages streaming from the device pool, data collected at a centralized point, and analysis used to exploit the combined data for business value. But this description hides the richness of a computational model that can be adapted in various functional applications in some very different ways.  Let's consider two distinct examples.

Predictive maintenance for a manufacturing facility

In this scenario, factory machines are fitted with IoT devices combining sensors, actuators and communication modules. The sensors monitor the ambient measures of the environment (such as temperature, power use, air quality, vibrations) and communicate those values to a centralized analytics server. As devices fail, the analytics engine identifies sentinel patterns (such as increased vibrations and temperatures happening at the same time) that could be used to indicate imminent failures of similar devices. These patterns can be pushed back down to the device. And, when they occur, the device itself can alert a technician to schedule a line shut-down, request a replacement part, and bring the factory line back up in a reasonable, predictable time frame. Reducing unscheduled downtime lowers costs while retaining high throughput.

A crowd-sourced mapping and traffic application

An app running on a smart mobile device combines (at least) three different types of data:

These two types of IoT applications share many similarities. For example, both have devices with sensors. Both communicate with a centralized server, employ server-side analytics and push “control” information back to the devices. And both may rely on additional external sources of data to support the application.

The predictive maintenance application will need engineering data associated with each machine, data about the raw materials, and possibly weather data to modulate temperature measures around each device. The mapping app needs geographic data, real-time traffic data, or even highway planning data (to know when maintenance events are planned for different roadways).

At the same time, these two IoT applications differ in a critical way – that is, whether the data sources are machines or humans. Presumably, the manufacturing application relies mostly (if not completely) on streams of data from automated devices. The mapping app blends automated data (such as GPS location) with human data. As long as there are no issues with the data, it doesn't really matter whether the source is automated or human.

But data quality and usability issues can still affect the analytical capability of the IoT environment. In my next post, we'll look at some potential sources of data issues and consider how they could influence the expected result.