The Internet of Things (IoT) has become the new It Girl of the IT world. Of course her big brother big data continues to generate big buzz. My sis from another miss Tamara Dull has blogged about the relationship between big data and IoT, positing big data is a subset of IoT on the basis that “big data is about data, plain and simple,” whereas “IoT is about data, devices and connectivity.” 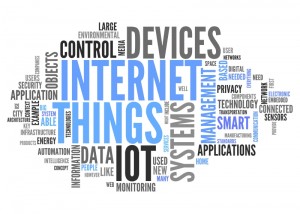 Connecting devices to the Internet is not the only thing that sets IoT apart from big data. As of 2008, IoT was already a big part of creating big data since by then there were more devices connected to the Internet than people. And by 2020 Cisco predicts IoT will have 50 billion connected devices. IoT has already made progress in many industries, including healthcare, manufacturing, energy and retail. IoT has also already hit the mass market in the form of consumer electronics and household appliances enabled by embedded software and sensors to collect and exchange data.

Without question the big data flowing to and from IoT’s connected devices is brimming with potential, which is why IoT is the talk of the town. Made up of millions of sensors that generate eventful streams of data, IoT can be used to improve our lives and our businesses in many ways – but only if we can successfully integrate its big data into existing applications, business processes and related programs. For example, health and fitness tracking devices – which I'm sure will make a killing in sales this holiday season – sense and share a lot of meaningful health data. But until integration with healthcare systems happens these devices will be more trendy than true advancement, which will necessarily be slowed by government regulation (e.g., HIPPA) as well as data privacy concerns.

While I don’t doubt the immense potential of IoT, without integration that potential cannot be actualized. To be valuable, IoT’s data needs to be processed, analyzed and shared, not only between devices but also with other systems and people. To get the most out of the Internet of Things we need to focus on the Integration of Things.