How well do you know big data in the retail industry? Want to find out? Read the following statements and pick which one is false:

And the false statement is:
Retailers are highly concerned about data privacy when it comes to managing unstructured data.

How did you do? I have to be honest, if I didn’t have EKN Research’s Big Data in Retail report in hand, I’m not sure I would have been able to pick out the one false statement. I would have guessed the first, second and fifth statements to be false, and the third and fourth ones to be true. Welcome to the fast-evolving world of big data in which we live.

Each of the statements above came from EKN’s report. Let’s briefly look at each one and highlight some of EKN’s findings:

In the retail industry, big data is still five years away from becoming mainstream. Really? It’s that far out? Today, there’s no question that consumers are generating an inordinate amount of big data on their social networks as they’re tracked on their mobile devices. Even though consumers don’t even know to call it big data, that’s what it is. It’s big SoLoMo – Social, Local, Mobile – data in action, and it’s the data retailers have access to today. EKN found in its study, however, that 60% of retailers still assess themselves as having basic analytics capability. EKN believes that for retailers to effectively engage in big data initiatives, they will need to move beyond basic analytics capabilities and embrace more advanced capabilities, such as predictive and investigative analytics.

In 2013, large billion dollar retailers spent an average of $75,000, or less than 0.5% of their total IT budget, on big data. I know Hadoop is “free,” but I would have expected more money being pumped into big data projects this past year – especially by the larger retailers. EKN learned, however, that big data budgets for retailers are still "byte-sized" and focused more on proof-of-concepts (POCs).

Retailers are highly concerned about data privacy when it comes to managing unstructured data. This was the one false statement. The more accurate statement is that retailers are not that concerned about data privacy – at least not right now. In fact, in EKN’s survey, respondents moved data privacy to the bottom of the list when asked about top data management challenges in managing unstructured data. Data organization was their biggest challenge (said 68% of respondents), then data integration (65%), followed by data capture (43%), data infrastructure/tool (39%), data access (30%), data storage (28%), and finally, data privacy (17%). Interestingly enough, in EKN’s follow-up report, Industry Point of View: The Rising Importance of Customer Data Privacy in a SoLoMo Retailing Environment, EKN sees the false statement above becoming more of a reality in 2014:

“…as retailers integrate more customer data into their analytics initiatives, especially social, mobile and location data, and they overcome the teething issues of data organization and integration, privacy will emerge as one of the most important considerations for retailers in 2014 and beyond.”

Retailers’ biggest challenge in adopting big data is the variety of data, especially unstructured data. When EKN conducted their big data in retail survey in 2012, it’s probably no surprise that dealing with the volume of data, big and small, was at the top of retailers’ challenge list. This was true across industries. In 2013, however, volume became the least of retailers’ challenges and variety of data rose to the top. In this era of big data, there’s no question that new data sources and data types are pushing on the boundaries of our structured data warehouse ecosystems, and as a result, we can understand why data organization and integration have also risen to the top of retailers’ current data management challenges.

There is no difference between large (more than $1 billion in sales) and small (less than $1 billion) retailers when it comes to analytics maturity. This one surprised me a bit, too. Specifically, EKN reported that there was little to no difference between large and small retailers in terms of their ability to conduct advanced analytics, use insights to differentiate against competition and augment transactional data with other valuable sources of data. While there’s not much difference, EKN advised smaller retailers to “look at Big Data more strategically, rather than as a technology silver bullet.”

If you’re in the retail industry and are involved with big data initiatives at your organization, I encourage you to download and read EKN Research’s two reports. I’ve read hundreds of research reports over the years, and I have to say that EKN’s reports are very well-written and provide valuable analysis with their research findings.

One more thing: Included in the Big Data in Retail report is an excerpted version of EKN’s Big Data Need and Readiness Assessment Toolkit. It’s a great tool to help you get started on your big data journey or at least begin the conversation. Be sure to check it out. 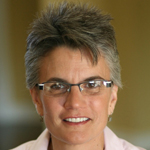