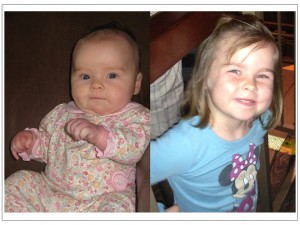 A lot of growing happens in 5 years.

In just five or so short years, we have all seen social media as a channel grow up right before our eyes. It's no longer that infant that everyone was afraid to touch or be around - it's now that fun kid that people want to engage with. Some may say, well social media is older than just five - Facebook was formed in 2004 after all - but for practical purposes I would say that social wasn't considered by businesses as a marketing medium until the 2010 time frame.

With the growth of social media, we have also seen the change in thinking with regard to social media. Brands, because they are much more comfortable with the idea of using social media for marketing purposes, don't need the level of education that some primer content provides. Here at SAS, we published a primer paper back in 2010 with the Harvard Business Review (HBR) titled - "The New Conversation: Taking Social Media from Talk to Action." This paper has proven extremely popular, so below I've pulled out the main points for folks that may not be interested in reading the entire piece. Surprisingly, a lot of the content is still relevant in today's world, though all references below are in terms of 2010:

The power of social media is shown by 79% of the 2,100 companies who participated the HBR survey said they were currently using social media or preparing to launch social media initiatives at that time.

88% of companies surveyed admitted they had not used social media up to its full potential. Furthermore, they were not using social media effectively to not only listen to, but analyze consumer conversations and integrate those insights into their strategies. Two examples show how using social media insights was still not widely used:

The survey asked companies who use social media what they perceived to be the primary benefits social media brought to their organization. Among those users, half said the main benefit was increased awareness of the organization, products, and services among their target customers. Thirty percent said social media led to increased traffic to their website, with another 28% reporting more favorable perceptions. However, only 18% were able to identify positive and negative comments and a mere 9% said that the ability to measure the frequency of discussion was a current benefit. Essentially, these companies seem more focused on talking and “making noise,” rather than taking action and participating in consumer conversations.

HBR also found a trend with smaller organizations, who primarily used social media as an opportunity for increasing awareness, web traffic, and new business. Larger organizations were more likely to use social media to help monitor perceptions and identify positive and negative comments. The education, communications, services, and retail/wholesale sectors were reported to be the highest adopters of social media while the least active were energy and utility companies, manufacturing companies, and government organizations.

Among the surveyed companies, there was a good deal of uncertainty about which measures and tools should be used. Only a small group of companies in the survey (12%) identified themselves as “effective users” of social media; they are the ones utilizing multiple channels, integrating their social media strategy into their overall marketing operations, and measuring and analyzing trends. Using metrics and analytics tools in that way was what set effective users apart (and which continues to be the case).

Most companies at the time were just beginning to see the great need for social media measurement. It's since been shown that the amount and variety of information available from social media is extremely valuable for fostering relationships with customers, developing new products, and keeping tabs on competition. Looking to the future, 41% said a primary goal would be to integrate social media monitoring solutions with their overall marketing so that they could not only understand what was being said, but who was doing the saying and the impact of their statements. Effective use of social media would be led by those organizations that are able to utilize multiple channels, create metrics to measure impact, and use new tools to understand how to enter into a conversation and relationship with customers.

And that view of effectively using social media still applies today. While we've all evolved since 2010 and grown comfortable with social media as part of the marketing mix, we need to consider how much social media has changed the dynamic of the customer relationship. The need to plan, execute and think in terms of omni-channel has never been greater. I hope your organization is well aboard the social media train and that it's traveling on the rails of data and analytics - it's still the best way to take social media from talk to action even after these five years.

Want to get on the right track and get in sync with the customer journey? Look no further than our Customer Intelligence solutions. Thank you for following! 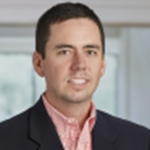