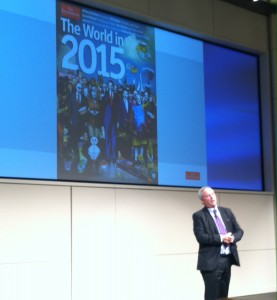 Kicking off the new year is a great time to assess what's worked and what hasn't, take inventory, check assumptions and do other things to prepare you for a fresh new year. It's also a perfect time to get a broader perspective on world events and what might happen in 2015 that will impact our customers and inform our strategies (or rewrite them).

I had the privilege to hear Mr. Franklin summarize his views on what's to come in 2015, which I am happy to share with you as ten big issues to watch out for in 2015:

As we interact with customers, suppliers and colleagues around the world, it's worth noting that 2015 will also be marked by the World Cup sporting events in both Rugby and Cricket. 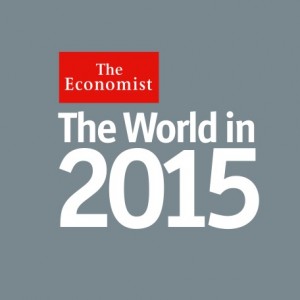 Also available as a smartphone app.

In addition, several anniversaries will be marked during 2015, not the least of which is the centenary for The Battle of Gallipoli, a key World War I battle that had foundational implications for modern-day Turkey, Australia and New Zealand.

I found this opportunity to hear Mr. Franklin quite timely as I finish my planning for the year ahead. And since no marketer works in a vacuum, I hope you found my sharing this update helpful.

As always, thank you for following!