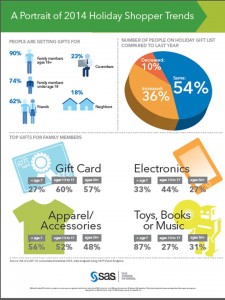 Everybody cares about the holiday shopping season. For retailers, it can account for as much as 30% of annual sales according to the National Retail Federation ("NRF"). For many individuals, it can be the best time to score great deals on presents for loved ones. For the overall economy, the impact of the holiday shopping season is estimated by the NRF to be $640 Billion, so its importance ripples far beyond the immediate receipts tabulated by retailers.

The start of the holiday shopping season is referred to as "Black Friday" in recognition of many retailers going "into the black" of profitability on the day after Thanksgiving. That important day inspired me to write a Thanksgiving rhyme about a study we conducted on holiday shoppers and their habits throughout the period. And with under a week before Christmas Day, we have less than seven days to appreciate seven things to know about holiday shoppers:

Like a stocking stuffed with goodies, there are other useful insights about holiday shoppers in the report, titled Holiday Shopping Styles: November 2014 . The research entailed a survey conducted by SAS in the US  just in time for the holiday shopping season. 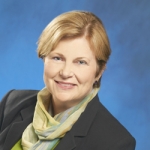 Pamela Prentice has over 30 years of experience in the field of market research in the corporate arena and as a college professor. She specializes in deriving insights from qualitative and quantitative information to help address key business issues.