Influence is something we all want to attain within our respective markets, but questions often arise about what makes someone an influencer:

These questions are of particular interest in the social media universe. Social Media channels have created a new outlet for influencers to reach their audience, but – even with the ease of access – the same questions surrounding influencers remain: How do I identify, tap into and utilize influencers who are reaching my audience?

Understanding influence was a prevalent theme at the South by Southwest Interactive Conference last week. Multiple sessions were dedicated to influencing your target audience, and if there is anything I have gathered from these experts, it’s this: no one has the magic formula to answering the questions surrounding influencers.

I know, that’s a little anti-climactic. But don’t stop reading just yet. I do have some fundamental lessons to share about how to identify and leverage key influencers who can help you build your social media reputation.

Ultimately, influence is all about the ability to drive an action, even if that action is just about changing someone’s mind. If you provide your community with channels that allow for advocacy, support, and feedback, natural influencers will emerge. It is your job to foster these influencers, understand your network, and measure your success. 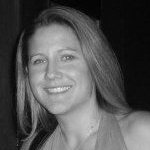 
Meg Crawford is the Social Media Marketing and Digital Strategist at SAS, where she works on integrating social media/digital components into marketing campaigns. Meg contributes to the Customer Analytics blog covering all things social and tech related...including SEO, content creation, and network marketing. She is currently pursuing her Masters in Technology and Communications at the University of North Carolina at Chapel Hill. Connect with Meg on Twitter at: @Postgrad